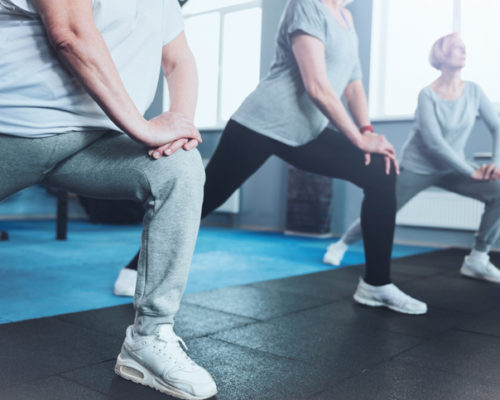 We have all heard about the beneficial effects of dopamine from exercise on improving mood, but it has been unclear as to how beneficial it is in someone with a mood disorder, like bipolar disorder.

Bipolar disorder and depression are very common among adults in the United States, affecting 3 percent and 8 percent of the population respectively, which is why understanding ways to prevent the detrimental mood shifts associated with these conditions is so important. For this reason, a group of researchers sought to determine how physical activity would impact patients with bipolar disorder.

The researchers recruited a population sample of 242 participants, aged 15–84. Of them, 150 were women and 92 were men – 54 suffered from bipolar disorder. They used a combination of movement-tracking devices and self-reported mood and energy journals to determine participants’ level of activity, mood, and energy levels.

The diaries were completed electronically four times per day and the movement-trackers were worn on the wrist throughout the entire day, every day. The participants also recorded the duration of their sleep every night. Mood levels were rated from “very happy” to “very sad” and energy levels ranged from “very tired” to “very energetic.”

“Systems regulating sleep, motor activity and mood have typically been studied independently. This work demonstrates the importance of examining these systems jointly rather than in isolation,” says Vadim Zipunnikov, who led the data analysis for the study.

The researchers noticed that the reverse was also true. Participants who rated their energy highly at one time-point were more likely to have performed a physical activity by the next one.

“This study exemplifies the potential for combining the use of physical-activity trackers and electronic diaries to better understand the complex dynamic interrelationships among multiple systems in a real-time and real-life context,” says Zipunnikov.

The researchers also took note of the relationship between sleep and physical activity. They found that when being physically active during the day, the participants reported a shorter duration of sleep over the next night. The inverse was also true, with participants less likely to participate in any physical activity during the day after they had slept for longer than normal.

The researchers emphasized the importance of taking into account the participants’ mood, energy, physical activity, and sleep as the patients with bipolar disorder involved in the study were highly susceptible to changes in their perceived mood and energy level due to any fluctuations in their regular sleep or physical activity schedules.

They feel it is essential for treatment providers also to consider all of these factors when dealing with mood disorders, as often times these systems are dealt with independently instead of together.