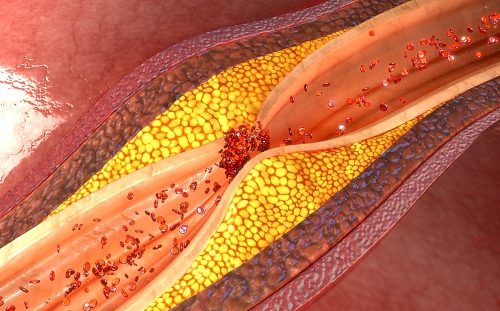 Peripheral artery disease is a disorder where the arteries that supply blood to the limbs become narrow. This results in insufficient blood supply and often leads to leg pain while walking. It could also be the result of arteriosclerosis caused by fat deposits.

Traditionally, the disease has been associated with risk factors such as smoking, high blood pressure, diabetes, and high cholesterol. However, a paper recently published in Lipids in Health and Disease found a link between the condition and diet.

Researchers in China studied the dietary patterns of people and the risk of peripheral artery disease. They considered different aspects of the diet including vitamin intake and the quantity of trans-fatty acids.

Participants in the study

Researchers gathered data of 4,864 participants in the United States’ National Health and Nutritional Examination Surveys, which were conducted between the years 1999 and 2002. About 5.5 percent or 269 of these participants were diagnosed with peripheral artery disease.

Researchers investigated the relationship between the development of peripheral artery disease and dietary patterns (DP), plasma vitamins, and trans-fatty acids. The findings can be summarised as follows:

Scientists also observed a negative correlation between dietary patterns 2 and 3, and the severity of the condition. In other words, people who consumed more vitamins, minerals, polyunsaturated fatty acids, and fiber were less affected by peripheral artery disease.

Two conclusions can be drawn from the findings:

The findings are significant as they show that a person’s diet can be used as a benchmark to identify the potential risk of developing peripheral artery disease. If a doctor identifies such a risk, the person can be given dietary advice in order to reduce the risk.