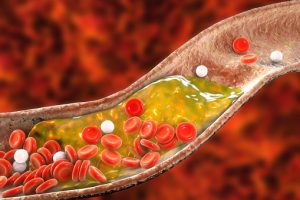 A study by the European Society of Cardiology (ESC) observed high mortality rates in patients suffering from coronary artery disease, also known as Chronic Ischemic Cardiovascular Disease (CICD). A report published in the European Journal of Preventive Cardiology states that 25 percent of these patients either die or are hospitalized again in the first six months of diagnosis.

According to University Pierre Professor Michel Komakda, “Coronary artery disease is the leading cause of death worldwide.” The study that observed the link between high mortality rates and coronary artery disease was designed as a part of the European Society of Cardiology’s EURObservational Research Programme (EORP). It aimed to understand what patients undergo within the first six months of diagnosis of their condition.

Researchers designed a pilot registry for Chronic Ischemic Cardiovascular Disease (CICD) and studied 2,420 patients with stable coronary disease or peripheral artery disease who had visited hospitals and outpatient clinics. Over 100 hospitals and clinics were selected from 10 European countries for the research.

At the beginning of the study, researchers recorded risk factors and the treatments taken by the participants who were suffering from the disease. Follow-up data was recorded over six months for 2,203 patients. This data included treatments and outcomes such as instances of hospitalization and death.

It was found that out of 2,203 patients, 522 with ischemic heart disease did not survive or had been hospitalized again in the six months. This was 24 percent of the sample of patients studied–a large percentage of patients suffering from cardiovascular diseases.

In addition, doctors observed that most of the deaths were among patients who had high ‘risk factors,’ which significantly affected their mortality rate and requirement for rehospitalization. These risks, called hazard ratios (HRs), include the following:

In simper words, patients with coronary artery disease who are either in an older age bracket or have undergone procedures such as the insertion of stents, or have chronic kidney and lung problems, have a higher chance of either passing away or rehospitalization within the first six months of treatment.


Significance of the study

Identification of the risk factors can help doctors identify patients who are at higher risk of being rehospitalized or dying in the first six months. Dr. Komajda suggests that once identified, these patients should be carefully monitored by doctors.

Doctors also observed that the medical management of these conditions was not satisfactory, as there was lack of long-term follow-up. The researchers suggest that guidelines should be revised. A long-term follow-up would ensure that patients get quality care,  improving their chances of survival.