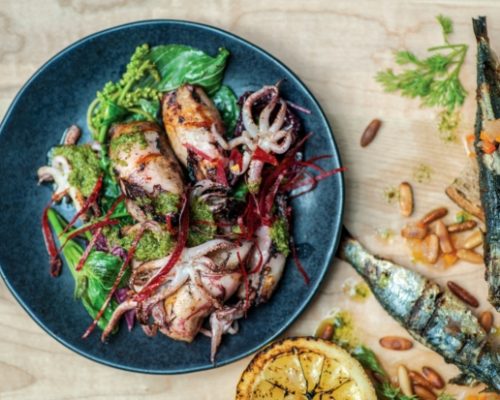 Coronary artery disease and stroke patients face a lower early mortality risk when following the Mediterranean diet. Researcher Professor Giovanni de Gaetano explained, “The Mediterranean diet is widely recognized as one of the healthier nutrition habits in the world. In fact, many scientific studies have shown that a traditional Mediterranean lifestyle is associated with a lower risk of various chronic diseases and, more importantly, of death from any cause.”

“But so far research has focused on the general population, which is mainly composed of healthy people. What happens to people who have already suffered from cardiovascular disease? Is the Mediterranean diet optimal for them too?” he added.

The study uncovered that the Mediterranean diet is beneficial for those who have already suffered from cardiovascular disease.

The study included nearly 25,000 persons living in the province of Molise, Italy. “Among the participants, we identified 1,197 people who reported a history of cardiovascular disease at the time of enrolment into Moli-sani,” explained lead author Dr. Marialaura Bonaccio.

During the follow-up period, there were 208 deaths recorded. Greater adherence to the Mediterranean diet was associated with a greater reduction in death risk.

Professor de Gaetano added, “We found that among those with a higher adherence to the Mediterranean diet, death from any cause was reduced by 37 percent, in comparison to those who poorly adhered to this dietary regime.”

Professor de Gaetano concluded, “These results prompt us to investigate the mechanism(s) through which the Mediterranean diet may protect against death. This was an observational study so we cannot say that the effect is causal. We expect that dietary effects on mediators common to chronic diseases such as inflammation might result in the reduction of mortality from any cause but further research is needed.”


Changing your diet to the Mediterranean diet

If you currently skip a meal, order take-outs, or frequent a drive-thru, you’ll have to seriously revise your habits if you are planning to start on the Mediterranean diet. Eating a proper breakfast, lunch, and dinner is essential for this eating style. Sweets are kept to a minimum, so your daily treat has to be brought down to one a week, and then ideally once a month.
Stay away from processed items that use sugar or trans fats. The secret to the Mediterranean diet is eating whole foods. If it isn’t grown or raised that way, don’t consume it.

It’s been said that it’s too costly to eat the Mediterranean way, but when the numbers are crunched, purchasing meat and processed foods adds up more quickly. So you won’t be breaking the bank for your health.

As with any diet, it should always be supplemented with exercise. For maximum cardiovascular benefits, for example, you have to exercise to help boost cardiovascular health alongside eating a heart-friendly diet. So take up an evening stroll with your partner or a friend for company.

Heart failure after a heart attack may be reduced with a Mediterranean-style diet: Study