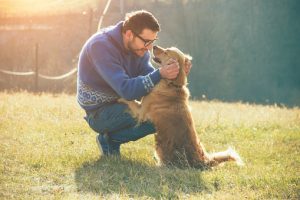 Owning a furry friend can be a source of love and affection that can’t be found anywhere else. Simply owning a pet can be a great improvement to quality of life, even helping to decrease stress, anxiety, and depression.

A new study wanted to look deeper into the effect that pets, specifically owning a dog, have on the overall health of a person. They found that dog owners were actually at a lower risk of death due to cardiovascular disease or death from any other cause.

The study in question took place in Sweden and followed over 3.4 million individuals with no history of cardiovascular disease for 12 years. Participants were between the ages of 40 and 80 years, with all data for the study taken from seven different national data sources, including two dog ownership registers.

Looking at data collected over years

Swedish citizens all carry a unique personal identification number, and every hospital visit is recorded in national databases. Dog registration became mandatory in Sweden since 2001. These two data sources allowed the scientists to follow their subjects over long periods of time looking for trends.

The goal was to discover possible risk differences between dog owner and non-dog owners.

Their results found that owning a dog had significant positive effect on a person’s health, especially in the people who lived alone—a group previously reported as being at higher risk of cardiovascular disease and death compared to people living in a multi-person household.

“These kinds of epidemiological studies look for associations in large populations but do not provide answers on whether and how dogs could protect from cardiovascular disease. We know that dog owners, in general, have a higher level of physical activity, which could be one explanation to the observed results. Other explanations include an increased well-being and social contacts or effects of the dog on the bacterial microbiome in the owner,” says Tove Fall, senior author of the study.

Only an association was found

The researchers go on to say that specific traits may differ between dog owners and non-dog owners, possibly influencing the observed results. For example, the people choosing to own a dog are more likely to be considered
active beforehand and have better health as a result.

However, these variables cannot be accurately assessed with a study such as this one. Whatever the case, owning a dog has a positive influence on human survival.

Related: Pet ownership comes with a multitude of health benefits