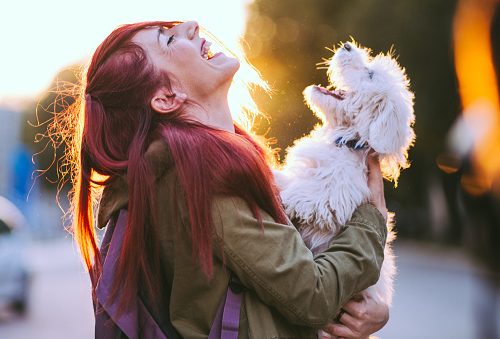 There is no better time than now to be a pet owner, according to a University of Alberta study on the effects of pet exposure on allergies and obesity in children. They do advise, however, not to go out and get a furry friend just yet.

The study showed that babies from families with pets showed higher levels of two types of microbes associated with a lower risk of allergic disease and obesity. Seventy percent of pets owned happen to be dogs, according to the study.

“There’s definitely a critical window of time when gut immunity and microbes co-develop, and when disruptions to the process result in changes to gut immunity,” said Anita Kozyrskyj, a University of Alberta pediatric epidemiologist and one of the world’s leading researchers on gut microbes—microorganisms or bacteria that live in the digestive tracts of humans and animals.

Kozyrskyj and her team examined fecal samples of infants who were registered in the Canadian Healthy Infant Longitudinal Development study, which helped build on nearly two decades of research showing that children who grew up with dogs had lower rates of asthma. The researchers theorize that exposure to dirt and bacteria early in life, which are common factors introduced when owning pets such as dogs, can create an early immunity. However, they are not completely sure whether the effect occurs due to bacteria directly from pets or from human transfer by touching them.

The team took the science behind this theory one step further by identifying that exposure to pets while in the womb or up to three months after birth increases the abundance of two bacteria: ruminococcus and oscillospira, both linked to childhood allergies and obesity respectively.

“The abundance of these two bacteria were increased twofold when there was a pet in the house,” said Kozyrskyj,


She goes on to say that pet exposure was shown to affect the gut microbiome of pregnant women indirectly, going from dog to mother, and then to unborn baby. This exposure period seemed to also be intact up to three months after the baby was born as well.

Surprisingly, during her team’s research, they discovered that the transmission of vaginal group B strep during birth—a serious cause of pneumonia in infants—displayed a reduced likelihood of occurring simply due to the presence of pets in the household.

These findings may help aid in preventative treatment options for pregnant women in the future, Kozyrskj said.

Seniors may benefit from owning a pet