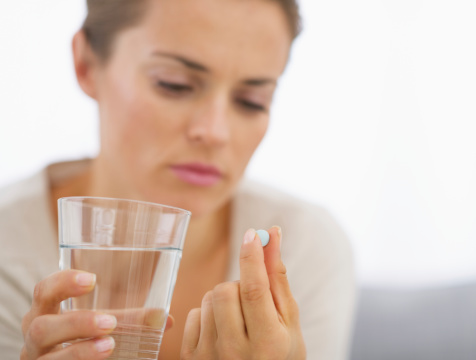 Some may think that getting too much of a good thing can’t be bad for you, but they would be wrong. This thinking is often extended into the realm of antibiotic medication, as taking a pill to help cure an illness is a convenient dream. According to a new study, U.S. hospitals are still prescribing too many antibiotics to patients, often when they aren’t needed.

An estimated one in five patients experiences side effects from drugs, with this statistic becoming increasingly prevalent as doctors succumb to the pressures of easing the minds of their patients.

In reality, many minor infections do not need to be treated at all with antibiotics, as your body has a host of defenses quite capable of doing the job.

But, this is only half the problem, as many medical professionals don’t view antibiotics as being harmful. Many doctors prescribe them even if there is a low suspicion of bacterial infection. This overuse of antibiotics has led to the surge of antibiotic-resistant bugs, making commonly used treatments ineffective now.

The resilience of bacteria

Bacteria are living organisms found almost everywhere on earth. They can grow, multiply, and even adapt to their environment with time. The way that antibiotics work is by preventing their growth in various ways, by either killing them outright or inhibiting the mechanism they rely on to survive.

When we over-prescribe antibiotic medication, we over-expose them to bacteria, allowing them more time to get accustomed to how they work. In time, bacteria adapt to these changes that antibiotics set out to do, reducing the drug’s effectiveness to cure or prevent infections.
Bacteria are known for evolving faster than we can make newer and more effective antibiotic medication.

These lab created medications also carry a range of different side effects that can lead to issues with organ function or even hypersensitive reactions.

Antibiotic use is not all good

The study in question looked at nearly 1,500 adult hospital patients who had issues ranging from trauma to chronic disease, all of which received at least 24-hour antibiotic treatment. The researchers found that 20 percent had one or more antibiotic-related side effects.

Common side effects observed were digestive upset, kidney problems, and blood problems. It was also found that for every additional 10 days these effects rose by three percent.

While it is important to follow your doctor’s recommendation when it comes to treatment, it may be a good idea to ask if your particular antibiotic treatment is absolutely necessary.