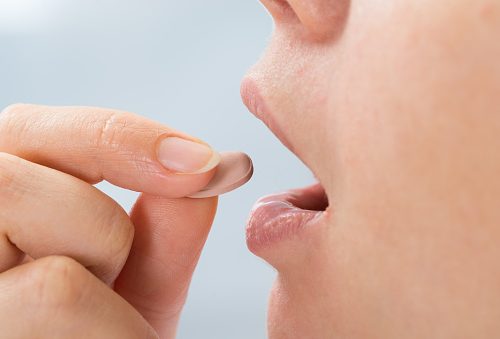 Researchers found that women who took antibiotics for more than two weeks in their 20s through to their 50s were more likely to have colon lesions in their 60s than women who didn’t take antibiotics for an extended period of time. These lesions are commonly called polyps or adenomas, and if not removed, they can lead to colon cancer.

“This suggests that alterations in the naturally occurring bacteria that live in one’s intestines caused by antibiotics might predispose individuals to colorectal cancer,” said lead researcher Dr. Andrew Chan, an associate professor of medicine at Harvard Medical School.

The researchers acknowledged that, although the risk of colon cancer was raised, it wasn’t to a level where individuals who need to take antibiotics for clear medical reasons need to be worried. Chan also mentioned that they cannot prove long term antibiotic use was the cause of colon polyp formation, but only that there seems to be an association between the two. Also, the study was limited to women participants, but the link will likely hold true for men as well.

“The use of antibiotics disrupts the diversity and number of gut bacteria, or “microbiome.” These drugs also reduce resistance to toxic bacteria. All these factors may play a role in the formation of precancerous growth,” Chan said.
In the study, Chan and his team collected data on more than 16,600 women 60 years of age and older who took part in the Nurses’ Health Study. These women provided a history of antibiotic use between the ages of 20 to 59. They also had at least one colonoscopy between 2004 and 2010, with nearly 1,200 precancerous polyps in the colon being found during that time.

Chan stresses that the use of antibiotics within the previous four years wasn’t associated with a heightened risk of polyps, but long-term use in the past was. Chan goes one to say that, for example, two months of antibiotic use in her 20s or 30s upped a women’s odds for polyps 26 percent compared to those who didn’t use the drugs for a prolonged period. The risk rose further when the extended medication use occurred in one’s 40s or 50s.

Interestingly, when the research team looked at shorter-term antibiotic use risk, they saw that taking the drugs for more than 15 days between the ages of 20 to 59 was also associated with an increased chance of finding polyps.

“The biological plausibility of these findings may be explained by changes in the bacterial diversity of the colon after exposure to antibiotics,” said Dr. Patrick Okolo, chief of gastroenterology at Lenox Hill Hospital who gave his opinion on the study. “Further research to determine cause and to examine nuances will be important in determining the full extent of these findings as well as their veracity,” Okolo said.