May is Osteoporosis Awareness and Prevention month, aiming to draw attention to the topics surrounding this debilitating bone disease. Here at Bel Marra Health, we want to keep you aware of all things osteoporosis as well, so we compiled this roundup of our osteoporosis stories with regards to stem cell therapy, multiple sclerosis, celiac disease, and fractures. We hope you become more familiar with the osteoporosis threat, so you can take measures to prevent it. 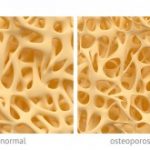 Senior author of the study William Stanford said, “We reasoned that if defective MSCs [mesenchymal stem cells] are responsible for osteoporosis, transplantation of healthy MSCs should be able to prevent or treat osteoporosis.”

The researchers injected osteoporotic mice with MSCs from healthy mice. MSCs are able to become bone cells and they can be transplanted from person to person without matching – unlike in blood transfusions, for example.

After six months of the injection, the osteoporotic bone had become healthy and functional. Continue reading… 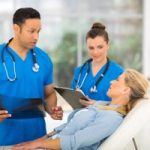 In multiple sclerosis patients, osteoporosis and low bone density are common in the early stages of the disease. Osteoporosis is normally a condition that comes with age. It is characterized by the bone density loss, which increases the risk of bone fractures. Aside from age, other factors, too, increase the risk of osteoporosis, like smoking, caffeine consumption, and lack of calcium and vitamin D.

Study author Stine Marit Moen said, “We’ve known that people who have had MS for a long time are at a greater risk of low bone density and broken bones, but we didn’t know whether this was happening soon after the onset of MS and if it was caused by factors such as their lack of exercise due to lack of mobility, or their medications, or reduced vitamin D from lack of sun exposure.”

Extensive research has established a connection between low vitamin D levels and an increased risk of multiple sclerosis (MS). Vitamin D is crucial for bone health as it helps the absorption of calcium, which is also necessary for strong bones. Moen added, “Our hypothesis was that if vitamin D exerts a major effect on the risk of MS, then the effects of low vitamin D levels on bone density would be apparent soon after the onset of MS.”

Bone density was measured on average 1.6 years after MS symptoms presented. Bone density tests were compared with that of 159 control persons matched for age and gender. Continue reading… 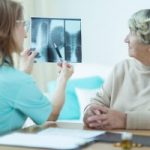 Celiac disease increases the risk of osteoporosis and bone fractures. The findings were presented at the EULAR 2011 Annual Congress, where researchers announced that celiac disease patients have a 4.5 times greater risk of developing osteoporosis, compared to healthy individuals of the same age and gender.

The study compared bone mineral density (BMD) loss in two physical locations in the body in 1,030 people. The researchers found that the lumbar spine BMD in celiac disease patients was significantly different in comparison to the control group. The femoral neck bone mineral density, however, was not found to be significantly different than the control group.

Mr. Oldroyd of Lancaster University School of Medicine said, “This is the first study that compares the extent of BMD loss at the lumbar spine and femoral neck in an age- and sex-matched cohort, and demonstrates that the detrimental effects of coeliac disease are most pronounced in the lower back compared to the hip joint. These findings may be due to the fact that the bone in the lumbar spine is spongy, less dense and weaker in comparison to the femoral neck, causing it to be more susceptible to the detrimental effects of coeliac disease. There is greater research required to determine why this effect is seen and whether it can have future implications for treatment.” Continue reading… 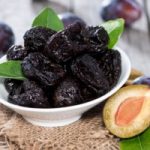 Osteoporosis, bone loss, and fractures due to radiation have been found to be preventable by consuming dried plums (prunes). The study revealed that consuming dried plums may protect against ionizing radiation, which increases oxidative damage in skeletal tissues and leads to an imbalance in bone remodeling.

Millions of seniors worldwide are at risk for osteoporosis – women especially – and as the population continues to age more cases of osteoporosis begin to spike.

Lead researcher Dr. Nancy Turner said, “Bone loss caused by ionizing radiation is a potential health concern for those in occupations or in situations that expose them to radiation. This is relevant to not only astronauts in space, but also cancer patients, those undergoing radiotherapy, radiation workers, and victims of nuclear accidents.”

“The changes in remodeling activity caused by exposure to radiation can lead to impaired skeletal integrity and fragility both in animals and human radiotherapy patients,” Turner added.

Turner explained, “We evaluated different interventions with antioxidant or anti-inflammatory properties, including an antioxidant cocktail, dihydrolipoic acid, ibuprofen, and dried plum, to determine their ability to prevent bone loss and to blunt the expression of genes in marrow cells that lead to the breakdown of bone after irradiation with either gamma rays or simulated space radiation. Bone loss caused by ionizing radiation occurs quite rapidly in rodents. The interventions were evaluated first by using early gene expression markers and then were tested for their ability to prevent radiation-induced bone loss.” Continue reading… 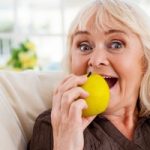 Osteoporosis can be prevented by potassium salts, which reduce excretion of calcium in urine. The findings come from researchers at the University of Surrey who concluded that potassium salts – commonly found in fruits and vegetables – can help improve bone health. They discovered that potassium salts reduce bone resorption, which is the process where bones are broken down to keep them stronger for longer.

Lead author Dr. Helen Lambert said, “This means that excess acid is neutralized and bone mineral is preserved. Excess acid in the body, produced as a result of a typical Western diet high in animal and cereal protein, causes bones to weaken and fracture. Our study shows that these salts could prevent osteoporosis, as our results showed a decrease in bone resorption.”

Bone resorption is a naturally occurring process that allows the bones to break down, grow, and heal in order to become stronger. Over time, this process causes excessive bone breakdown and insufficient healing, resulting in weaker bones and thus contributing to osteoporosis.

The research study reveals that consuming high amounts of fruits and vegetables can help maintain strong bones – a good alternative for those who cannot consume dairy products. Continue reading…