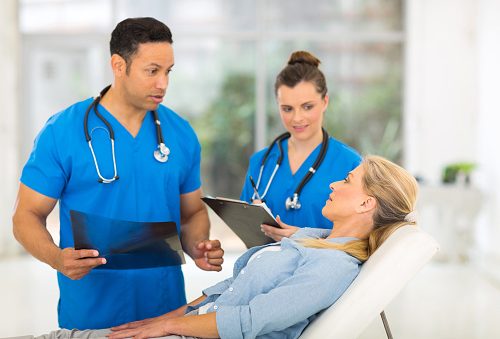 In multiple sclerosis patients, osteoporosis and low bone density are common in the early stages of the disease. Osteoporosis is normally a condition that comes with age. It is characterized by the bone density loss, which increases the risk of bone fractures. Aside from age, other factors, too, increase the risk of osteoporosis, like smoking, caffeine consumption, and lack of calcium and vitamin D.

Study author Stine Marit Moen said, “We’ve known that people who have had MS for a long time are at a greater risk of low bone density and broken bones, but we didn’t know whether this was happening soon after the onset of MS and if it was caused by factors such as their lack of exercise due to lack of mobility, or their medications, or reduced vitamin D from lack of sun exposure.”

Extensive research has established a connection between low vitamin D levels and an increased risk of multiple sclerosis (MS). Vitamin D is crucial for bone health as it helps the absorption of calcium, which is also necessary for strong bones. Moen added, “Our hypothesis was that if vitamin D exerts a major effect on the risk of MS, then the effects of low vitamin D levels on bone density would be apparent soon after the onset of MS.”

Bone density was measured on average 1.6 years after MS symptoms presented. Bone density tests were compared with that of 159 control persons matched for age and gender.
Fifty-one percent of MS patients either had osteoporosis or osteopenia. Findings remained the same even after other factors that can contribute to osteoporosis were taken into account.

Moen concluded, “These results suggest that people in the early stages of MS and their doctors need to consider steps to prevent osteoporosis and maintain good bone health. This could include changing their diet to ensure adequate vitamin D and calcium levels, starting or increasing weight-bearing activities, and taking medications.”