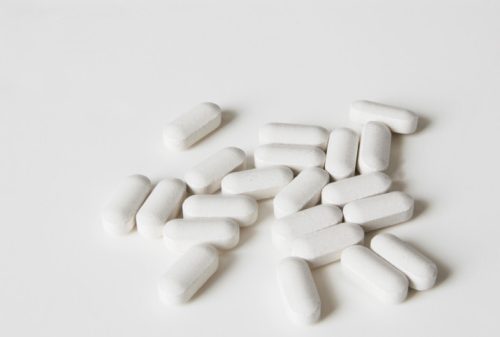 Tylenol (acetaminophen) is not effective for osteoarthritis relief. A study showed that Tylenol did perform slightly better than the placebo, but the researchers suggest that nonsteroidal anti-inflammatory drugs (NSAIDs) such as ibuprofen (Advil, Motrin) or diclofenac are better treatment options for osteoarthritis pain and function than Tylenol.

Lead researcher Dr. Sven Trelle said, “Regardless of dose, the prescription drug diclofenac is the most effective drug among painkillers in terms of improving pain and function in osteoarthritis. If you are thinking of using a painkiller for osteoarthritis, you should consider diclofenac.” Long-term use of NSAIDs have been shown to increase the risk of heart disease and even death.

Tylenol manufacturer had some issues with the findings and released a statement saying, “We disagree with the authors’ interpretation of this meta-analysis and believe acetaminophen remains an important pain relief option for millions of consumers, particularly those with certain conditions for which NSAIDs may not be appropriate — including cardiovascular disease, gastrointestinal bleeding, and renal [kidney] disease. The safety and efficacy profile of acetaminophen is supported by more than 150 studies over the past 50 years.”

While osteoarthritis is an inflammatory disease, acetaminophen products like Tylenol do not target inflammation. This explains why such medications are not effective for osteoarthritis.

The study looked at 74 previously published trials, which included over 58,000 patients. The study compared the effectiveness of different dosages of acetaminophen along with seven different NSAIDs to treat arthritis pain.

Acetaminophen performed slightly better than placebo, but when taken on its own, it was not found to be effective in relieving symptoms related to osteoarthritis regardless of dosage.

Maximum daily dosage of diclofenac was found to be the most successful in treating osteoarthritis. Dr. Nicholas Moore from department of pharmacology at the University of Bordeaux in France commented, “Acetaminophen may not be as safe as most people would believe: it is known to be toxic to the liver, and acetaminophen overdose is a leading cause of liver transplantation. NSAIDs are much more effective painkillers, and avoiding them puts patients at risk of overdosing with acetaminophen.”

Moore suggested, “We should look also at older drugs that may have been discarded, and perhaps work more to understand the mechanism of action of acetaminophen to develop a new, more effective, and less toxic drug of the same class, or develop new classes of painkillers.”

There are a variety of different pain medications available to relieve symptoms related to osteoarthritis depending on its severity. For less severe pain, NSAIDs have been shown to be effective, along with cyclooxygenase-2 inhibitors (COX-2), prescription NSAIDs that cause less stomach irritation, compared to over-the-counter NSAIDs.

For severe osteoarthritis pain, your doctor would be more inclined towards a prescription medication, including opioid analgesics, corticosteroid injections, and hyaluronic acid injections. It’s important to note that long-term use of corticosteroids has been associated with many complications, so long-term use is not advised. They are intended to be taken for a short duration to offer immediately relief.

Working with your doctor can help you find the best treatment option for your osteoarthritis symptoms. Complementing therapies like resting, icing, and physical therapy can aid in treatment effectiveness, too.