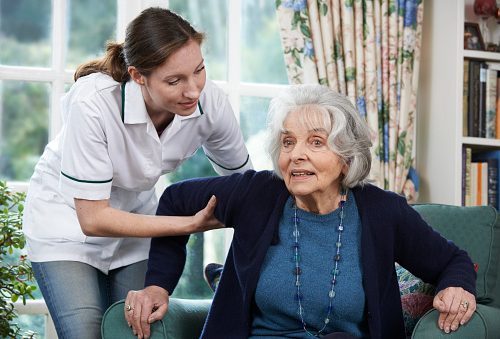 First author Stephen Juraschek, a researcher from Johns Hopkins University, explained, “Our findings suggest that a blood pressure assessment within the first minute is a better way to assess health risks due to orthostatic hypertension and that waiting three minutes might miss at-risk status.”

The current guidelines to test for orthostatic hypotension were implemented as a result of studies conducted and reviewed in the ’90s. In 2011, the guidelines were reiterated. But in clinical practice, many doctors do not wait the three minutes because of time limitations, said Juraschek.

To determine whether the three-minute threshold was effective for diagnosing orthostatic hypotension, the researchers analyzed blood pressure data that was previously collected from 15,000 adults aged 45 to 64.


The researchers focused on 11,429 participants who had at least four orthostatic hypotension measurements taken and dug deeper into links between blood pressure measurement times and falls, fractures, fainting, and car crashes, which were identified by active hospital surveillance and related Medicare and Medicaid claims. The researchers also looked into the measurements’ association with deaths, which were determined by hospital discharge records, coroner reports, the National Death Index, and next-of-kin interviews.

The researchers found that blood pressure measurements taken within 30 seconds of standing were associated with the highest rates per 1,000 person-years of fracture, fainting, and death. Measurements taken within the first 60 seconds were associated with the highest rate of falls and car crashes per 1,000 person-years.

Juraschek said the findings suggest that blood pressure measurements taken within the first minute of standing are most strongly related to self-reported dizziness and individual adverse outcomes.

“If someone comes into the clinic with dizziness, we try to assess his/her risk of falling or other consequences of dizziness in the future,” said Juraschek. “These results show that assessing OH within the first minute not only is okay, but also makes a lot of sense because it’s more predictive of future falls.”

Treatment for orthostatic hypotension includes physical therapy to improve balance, lifestyle changes such as staying well-hydrated and eating smaller meals more often, altering one’s living environment to ensure it is safer, learning how to stand up in order to reduce dizziness, and changing or stopping certain medications that can worsen orthostatic hypotension under medical supervision.

Related: Delayed orthostatic hypotension: Is dizziness after standing a cause?