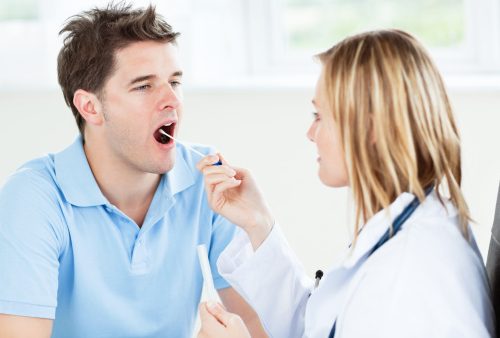 Having a bowel disorder can be a rather inconvenient and sometimes embarrassing ailment. Irritable bowel syndrome (IBS), for example, causes symptoms of cramping, abdominal pain, gas, and diarrhea that can leave you scrambling to find the nearest bathroom.

A new study conducted by a team of international researchers has found evidence that certain types of bacteria found in our mouths may cause bowel disorder or exacerbate them.

Bowel disorders encompass a broad range of diseases and afflictions. We use our digestive tract every day to digest and absorb the food we eat. When this system becomes compromised in some way, it can potentially lead to further health complications. Common bowel disease includes Crohn’s disease, ulcerative colitis, and irritable bowel syndrome (IBS).

Treating bowel disorders is a great focus for medical professionals as they often cause significant degradations to the quality of life. In some cases, bowel disorders could even be life-threatening. The team of researchers used mice models to study the impact human mouth bacteria had on their digestive tract.

This path of investigation began when one of the researchers noticed that patients with one of the three aforementioned types of bowel disorders had higher than normal levels of oral bacteria in their feces. This suggested that there must also be an increased number in the gut as well. This kicked off a series of experiments to learn more about this connection.

For their first experiment, human saliva from Crohn’s disease patients was introduced to the guts of mice with a sterilized gut microbiome. After doing so, some mice in the study developed gut inflammation caused by Klebsiella pneumonia, a strain of bacteria commonly found in human mouths and not in the gut.

Another experiment led the researchers to introduce Klebsiella pneumonia into the guts of healthy mice and found it causes no problems. However, once the mice were given Klebsiella-resistant antibiotics, which were effective at killing other bacteria besides Klebsiella, it caused inflammation when the bacteria was introduced.

The researchers go on to say that the results observed during their testing suggest that oral bacteria and bowel disorder share a link in some way, but further research is needed. If oral bacteria does play a significant role in the development of bowel disorder, developing treatments that simply disinfect the mouth may work.