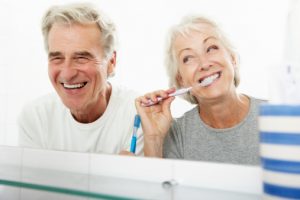 Inflammatory bowel disease (IBD) risk is lower with poor oral health. The recent research based on a Swedish population-based cohort study has come up to a surprising conclusion: Poor oral health was associated with a reduced risk of developing IBD.

Increased IBD prevalence in the Western world is usually explained by the hygiene hypothesis, suggesting “that absence of microbial exposure due to improved hygienic conditions causes an immunological imbalance that predisposes to autoimmune diseases.”  Numerous previous studies exploring the relationship between IBD and oral health yielded conflicting results.

The researchers monitored 20,162 participants from 1973 through 2012, who were examined for tooth loss, dental plaques, and oral mucosal lesions at enrollment. They also examined the Swedish National Patient and Cause of Death Registers to identify individuals who later developed ulcerative colitis or Crohn’s disease.

IBD incidence rates were 37.3 per 100,000 person-years. The assessment of the association between oral health and IBD demonstrated that patients with oral problems were less likely to develop inflammatory bowel disease.

Furthermore, dental plaques covering over 33 percent of tooth surface were also associated with lower incidences of Crohn’s disease, but not ulcerative colitis.

The researchers concluded, “Our data on a negative relationship between poor oral health and later IBD supports the ‘hygiene hypothesis.’ We believe that excessive oral hygiene might generate dysbiosis in bacterial colonization, dysregulate the innate immune responses, and promote the inflammatory process. Conversely, poor oral health might contribute to the induction of immune tolerance and suppression of overreactive inflammation, thereby reducing the risk of immune-mediated diseases such as IBD.”

Of course, good oral care is always recommended as poor hygiene is associated with many other negative health outcomes, including cardiovascular disease.

In a previous study, researchers found that poor oral hygiene in inflammatory bowel disease led to worsened flare-ups, which aggravated IBD. Bacteria found in gum disease have already been linked with negative health outcomes, so it is of no surprise that it could exacerbate IBD outcomes, too.

Chief executive of the British Dental Health Foundation, Dr. Nigel Carter said, “The research gives a very clear indication that oral bacteria does have a role to play when it comes to IBD. It is the latest piece in a very long line of research that suggests what goes on in your mouth is linked to your body. If you suffer from IBD, this research shows that you need to keep your gums healthy. The mouth is often the first point of contact for many bugs, so it’s important to make sure you’re doing the right things to keep your mouth in pristine condition.”

“My number one piece of advice is do the basics. Without these, anything else becomes superfluous. Brush your teeth for two minutes twice a day using a fluoride toothpaste, cut down on how often you have sugary foods and drinks, and visit your dentist regularly, as often as they recommend. Once you are into a routine of doing these things, you can also clean in-between your teeth with interdental brushes or floss, and use a mouthwash. If you have swollen gums that bleed regularly when brushing, bad breath, loose teeth, or regular mouth infections appear, it is likely you have gum disease,” he added.

Dr. Carter also recommends that IBD patients make appropriate lifestyle and diet changes to improve symptoms. This includes eating a healthy diet and being aware of your trigger foods. Dietary decisions should also be based on your oral health needs. You should avoid sugary foods and beverages to minimize cavities and plaque buildup.