Home » General Health » This one thing is the key to a healthier, longer life 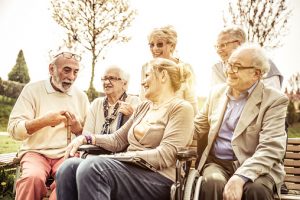 Everybody wants to celebrate their 100th birthday. Even those who say they don’t would gladly choose to pass that 100-year mark if given the choice. The prospect of developing chronic ailments and emerging health problems as we get older is scary. Yet, this gives us one more incentive to look for a way to counter the effects of aging and protect our health.

When it comes to the subject of longevity, there are countless theories and schools of thought pushing forward their sure-fire methods of becoming a centenarian. Some claim that one superfood can save you from disease. Others describe rejuvenating practices that keep your body acting as if you were in your 20s. There may even be a grain of truth to these methods, but we have yet to find a cure-all for aging.

There is one study that has definitely passed the test of time. Launched back in 1938, the Harvard Study of Adult Development is one of the longest studies of adult life in the world. Some of the original participants are still alive, and the study eventually expanded to include the children of the subjects to look at the impact of early-life experiences on health and aging. Several generations of researchers were involved in the study. They reviewed medical records, conducted in-person interviews, and administered multiple questionnaires to assess the participants’ lifestyles, the quality of life, and the trajectories of their development.

Contrary to what many of us believe, having good genetics and being related to centenarians is not very important. In fact, it’s the level of satisfaction with relationships at midlife (age 50) that is a good predictor of healthy aging—more accurate than cholesterol levels.

The participants in the study serve as an example that it’s not money or fame that keep us happy, but our close relationships. These relationships shield us from the hardships of life and slow down mental and physical decline.

“Taking care of your body is important, but tending to your relationships is a form of self-care too. That, I think is the revelation,” commented Robert Waldinger, director of the study. “The people who were the most satisfied in their relationship at age 50 were the healthiest at age 80.”

Of course, the closest relationship you have in life is the one with your significant other. It is a fact that single people have a shorter life span than their coupled counterparts. Loneliness kills, and Harvard researchers go as far as to say that it’s just as bad as smoking or alcoholism. Marital satisfaction plays a crucial role in mental health and the ability to cope with physical ailments. People’s moods were not affected on days they experienced physical pain as long as they were in a happy marriage. On the other hand, those in unhappy relationships were more likely to suffer from both physical and emotional pain.

George Valliant, a psychiatrist who joined the study in 1966, stressed that the key to healthy aging is good relationships. In his book Aging Well, he identified several other factors that influence our health outcomes:

The takeaway? If there’s something worth investing in, it’s our health and our relationships.

Longer lifespans among those who care for others

How to Increase Your Lifespan & Grow “Younger” As You Grow Older