Home » Anti-Aging » Memory » This one thing is hurting your memory 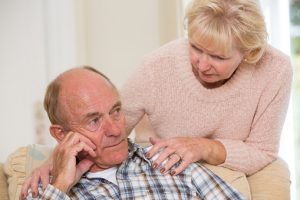 As the years go by, it seems that there are just more and more reasons to worry. We get anxious about the actual or even potential problems that haven’t even taken place. One of the big worries many seniors have is the loss of memory. It’s a precious thing, and once it’s gone you can’t get it back really. Forgetting the highlights of your life, forgetting important dates, forgetting the faces of your loved ones even… Losing one’s memory is quite scary, no doubt about it.

But the thing is, worrying about losing your memory is, in fact, a real threat that is very common in the old age. Memory loss is not inevitable, although there is some degree of age-related memory decline, unfortunately, often due to genetic or environmental reasons. And now studies suggest that memory loss worries may be a large factor contributing to one’s cognitive decline.

Cognitive decline actually begins as early as your twenties, although the process is quite slow at that time. Your memory and cognitive abilities are at their prime when you’re in your twenties, but after that they start declining, slowly but surely.

Studies have shown that even brief encounters with positive or negative information regarding memory can have an impact on a person’s ability to remember. In one study in particular, one group had to read about memory decline over time, while the other group read that memory and cognition do not undergo significant changes. Both groups completed memory tests after the reading.

The two groups were compared to a group of college students who were still in their prime of cognitive performance. Study participants who read the positive information didn’t score that poorly compared to the college students, whereas those who read the negative information performed very poorly on the memory test.
Whenever older adults experience an episode of forgetfulness, they tend to blame it on aging, reinforcing the notion that their poor memory is due to old age and acknowledging the fact that they are losing their memory. But if want to keep your mind sharp, you should do just the opposite – stop blaming your old age for everything and stop associating every “blank” moment with inevitable memory loss.

There are also ways to help you maintain your memory in the long run. These include getting a proper sleep, avoiding drugs and alcohol, eating a healthy and well-balanced diet, exercising regularly, as well as checking your vision and hearing regularly. Why vision and hearing? When your senses weaken, it becomes increasingly harder over time to retrieve information from your memory.

Related: 7 tricks to boost your memory

Where you live could be putting your memory at risk