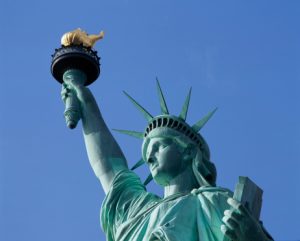 Well, NYC has officially ended their outbreak and have found the source of the Legionnaire’s disease. During the course of the outbreak cases jumped to 124 and 12 deaths occurred.

The source of the Legionnaire’s disease was attributed to a hotel’s cooling tower. Bacteria samples were taken from the cooling tower and matched with patients who had contracted the disease.

Health commissioner Dr. Mary T. Bassett said, “After extensive review and coordination of laboratory data at the city, state, and federal levels, we have identified the source of the outbreak in the South Bronx – the Opera House Hotel’s cooling tower. We eliminated the danger posed by the Opera House Hotel’s cooling tower as soon as it tested positive for disease-causing Legionella. Today, all cooling towers in the affected area have been disinfected, and all cooling towers across the city are being evaluated and disinfected if necessary. Historic legislation passed by the City Council and signed by Mayor de Blasio should help prevent tragic outbreaks like this from occurring again.”

Legionnaire’s disease is a severe form of pneumonia. It can affect anyone who inhales the bacteria, but those with weaker immune systems – seniors, children or those undergoing immune suppression – are at higher risk. The bacteria thrives in water systems and that is why it was attributed to a cooling tower in this recent outbreak.

The press release from the New York City Department of Health and Mental Hygiene was conducted on August 20th.