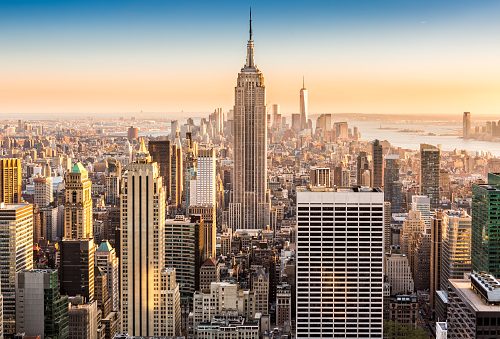 The New York City Health Department is on high alert, following many reported cases of Legionnaires’ disease in the South Bronx area.

According to the department’s investigations, thirty-one cases have been reported since July 10. These include two fatal cases reported in patients with Legionnaires’ disease. Health officials in the Bronx area are actively investigating these deaths and their relationship to the outbreak.

Legionellosis, commonly referred to as Legionnaires’ disease is a type of pneumonia caused by the bacterium Legionella. Warm water is the ideal habitat for the growth of these bacteria. As part of their routine in such outbreaks, the investigators are trying to determine the source. In this case, they are analyzing water from cooling towers and other potential sources in the Bronx area.

The normal spread of infection happens when people breathe in water vapor containing the bacteria. Most cases of Legionnaires’ disease can be traced back to plumbing systems where conditions are just right for the bacteria to thrive. This includes condensers of large air-conditioning systems, hot water tanks, cooling towers, whirlpool spas, hot tubs, and humidifiers. As the bacteria does not spread from person to person, the disease does not fall into the contagious infection category.
Like with any other respiratory infection, middle-aged or older people, smokers, chronic lung disease patients, people who take immunosuppressive drugs (medicines that weaken their immune system), or people with naturally weakened immune systems, are at a high risk for Legionnaires’ disease.

Symptoms resemble the symptoms of pneumonia and can include cough, body and muscle aches, fever, and chills. In some case people may also have headaches, fatigue, loss of appetite, confusion and even gastro-intestinal symptoms such as diarrhea. The symptoms usually appear anywhere between two days and 10 days after a person has been exposed to the bacteria.

As Legionnaires’ disease is a bacterial infection, patients respond well to antibiotics. Most patients get better with early treatment, although in some cases, secondary infections and complications could call for hospitalization. In rare cases, as is seen in the two reported out of Bronx, the infection could be fatal.

New Yorkers with respiratory symptoms, such as fever, cough, chills and muscle aches, are advised to promptly seek medical attention and get checked for pneumonia. Even if you do not have the symptoms, but are a smoker, or have any long-standing condition that affects your breathing (like emphysema), rule out Legionnaires’ disease with the help of some lab tests.