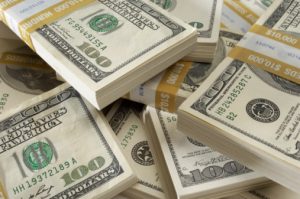 Norovirus is a costly illness, with associated healthcare expenses accumulating to nearly four billion dollars a year worldwide. Furthermore, the price tag skyrockets when you account for lost productivity and other societal costs, stacking up to $64 billion. The findings are the first to put a monetary value on norovirus illness and show its economic impact.

Lead researcher Sarah Bartsch said, “You only seem to hear about it when people get sick on a cruise ship or at a restaurant, but norovirus is everywhere. It doesn’t matter how old you are, or if you’re in a wealthy country or a poorer one, or if you’ve had it before – you can get it again. And it really is unpleasant. But if we don’t focus on norovirus and teach people how to prevent it, little headway will be made to combat it.”
Senior author Dr. Bruce Lee added, “The costs associated with norovirus are high – higher than for many diseases, including rotavirus – that have gotten a lot more attention. Our study presents an economic argument for greater consideration of norovirus. It has been flying under the radar for too long.”

Tips to prevent norovirus include proper hand washing, proper preparation and storage of food, not sharing personal items, or food and staying away from those who are sick. Norovirus leads to vomiting, diarrhea, abdominal pain, and nausea.