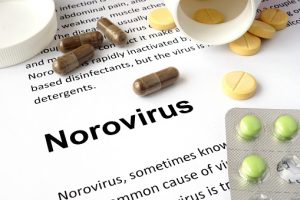 Another restaurant has been temporarily shut down due to norovirus and it’s not another Chipotle location. This time around, it is the Applebee’s restaurant in Corunna, Michigan, where a person reported being sick after eating at this establishment. The Shiawassee County Health Department has confirmed norovirus as the cause. Unfortunately, the transmission source has yet to be identified.

It is recommended that those who have fallen ill keep a food diary to report when the illness took place and what or where they were eating.

Nicole Greenway, director of personal community health for the Shiawassee County Health Department, said, “Unfortunately, it goes around, it’s very contagious,” said Greenway, referencing a recent norovirus outbreak at the University of Michigan that led to more than 100 people getting ill. “You can get it from touching a door handle or something like that. One public health message is to watch your hands. That’s a good prevention (tip).”

March 18, 2016 saw another norovirus outbreak at a senior living facility in Memphis, Tennessee. The Health Department is unsure about the exact number of residents who have fallen ill from norovirus, but it is considered an outbreak when over three individuals become ill.

Chief of Epidemiology David Sweat said, “We got notification earlier this week there were some people ill. We sent a team out there to observe the situation and work with the facility staff. Limit communal gatherings, limit communal meals. You make sure to identify ill people who work there, exclude them from work while they’re ill, and you strengthen the hand-washing protocols.”

The use of hand sanitizer alone is not enough to stop the spread of norovirus, and soap and water must be utilized often in order to reduce the risk of transmission.

Officials from the residency did not make a comment, but the residents’ family and friends who went to visit them feel that they are handling the outbreak quite well and that their loved ones are recovering well.