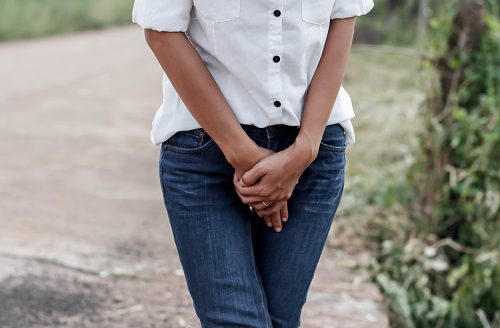 Nocturia is the medical term for excessive urination during the nighttime hours. Recent studies have found the condition to be linked to sleep disorders, metabolic syndrome, and certain lifestyle habits, such as smoking.

A study led by Richard J. Fantus of the University of Chicago Medicine examined the data of 3,017 male patients who completed medical surveys related to sleep, kidney health, and prostate health as part of the National Health and Nutrition Examination Survey. Of the participants, only 8.8 percent reported sleep disorders, but of these participants, 23 percent were found to have nocturia.

Another study led by Cosimo De Nunzio at the University of Rome in Italy examined 492 male patients with either lower urinary tract symptoms (LUTS) or benign prostatic hyperplasia (which causes LUTS). Their results showed 43 percent of participants suffered from moderate to severe nocturia. They found that metabolic syndrome increased the risk of nocturia. Of the patients who reported metabolic syndrome, 60.5 percent suffered from nocturia. The study also found an increased risk of nocturia when patients were smokers. This related to a 52 percent prevalence of nocturia.

Is the High Salt Diet Reason for Your Nighttime Urination?

It has also been questioned whether diet plays a role in the development or treatment of nocturia. A study led by Matsuo Tomohiro from Nagasaki University in Japan found that decreasing salt intake resulted in reduced episodes of nighttime urination and overall improvement in quality of life.

321 patients with nocturia, both men and women, were the participants in the study, all of whom consumed a diet high in sodium. The researchers gave the participants strict instructions on how to decrease or increase their sodium intake over the course of the 12-week study, depending on the experimental group they were part of. Voided volume, urinary frequency, daytime and nighttime frequencies, and other urinary parameters were recorded at the outset of the experiment and at its completion after 12 weeks. All measurements were compared to the Core Lower Urinary Tract Symptom Score (CLSS).

The group of patients who decreased their salt intake over the 12 weeks showed an average drop of 1.1 nighttime urinations by the end of the study. In comparison, those who increased their salt intake showed an average increase of 0.4 nighttime urinations. The reduced-salt participants showed improvements in daytime voiding, fluid intake, voided volume, diurnal and nocturnal urine volume, nocturnal polyuria, and CLSS quality of life measures. Those in the increased-salt group showed increases in all symptoms except nocturnal polyuria.

“Research generally focuses on reducing the amount of water a patient drinks; salt intake is generally not considered,” said Marcus Drake, from the University of Bristol in the United Kingdom. “Here we have a useful study showing how we need to consider all influences to have the best chance to improve the symptom.”

Overall, decreasing salt intake is a simple step that patients who suffer from nocturia should consider for improvement of symptoms. Other lifestyle changes that would be suggested are quitting smoking and seeking treatment for any sleep disorders or metabolic syndrome you may be suffering from.

4 Signs You May Be Suffering from a Bladder Problem