Home » Health News » New type of vaccination could protect and treat psoriasis, allergies, and even Alzheimer’s 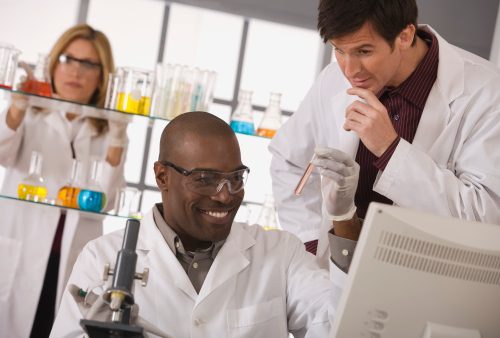 A vaccine is a biological preparation providing the body with a built-up immunity for a particular disease. Vaccinations against smallpox, polio, and even the flu have saved countless lives over the last century, making them truly a miracle of modern medicine.

This amazing achievement may be taken a step further, as new research from the Universities of Dundee and Oxford could treat allergies, psoriasis, and even protect against Alzheimer’s disease development.

A vaccine that can prevent and treat

The team of researchers demonstrated this possibility by combining the tetanus vaccine with a viral particle that normally affects cucumbers. They were able to take the protein coat of this specific cucumber virus and incorporate a tetanus vaccine-derived protein structure known to stimulate the immune system.

Initial studies have shown positive results in models of psoriasis and cat allergies increasing antibodies against these conditions. This benefit was even found to be beneficial against Alzheimer’s, as increased antibodies believed to fight against the disease were seen.

The cause of Alzheimer’s disease is multifactorial, with the environment, genetics, and other factors contributing to its development. The accumulation of a protein within the brain called beta-amyloid can cause brain damage. If the development of this new type of vaccine is successful in humans, it could mark a revolutionary new way of offering treatment before the disease becomes clinically apparent.

The future of chronic disease prevention is bright

The researchers are optimistic that this new type of vaccination could be both preventative and therapeutic. They go on to say that it could possibly lead to the cure of disease after it has already been established.


“For chronic diseases, these antibodies are specially made against one of the body’s own proteins. By blocking that single protein, the disease gets better. To use the example of psoriasis, a protein called Interleukin 17 needs to be active for the disease to progress. By creating a vaccine that stimulates the body to make antibodies against Interleukin 17 itself we can replace the need for frequent and expensive injections and make this type of treatment much more affordable and accessible to patients who could otherwise not afford specially made antibodies.

Our research shows that this technique works in mice and, importantly, our new vaccine technology shows that it is likely to be a more effective type of vaccine than existing ones in older people. Since many patients with chronic conditions like psoriasis are elderly this technology may work much better to obtain effective vaccines,” said Dr. John Foerster, who was one of the leads on the study.

The next step will be to perform testing on human subjects. Regulatory approval to initiate this kind of testing has already been approved, which could mean a treatment for chronic diseases that affect millions of people around the globe could soon be a thing of the past.