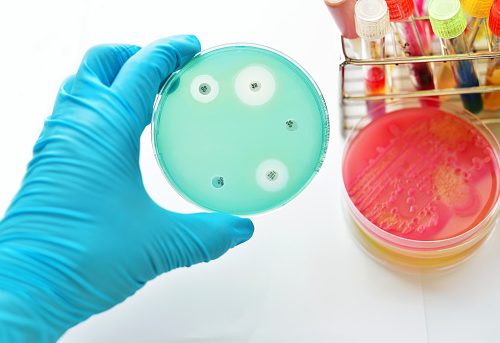 The world is filled with many dangers and hazards that affect a person’s life. Contracting a deadly infection or suffering from an unavoidable accident can quickly cause a person’s demise. While advances in modern medicine have mitigated these hazards to a certain degree, certain threats evolve over time.

Bacteria resistant to antibacterial medication has become an increasing issue as of late. However, scientists have found that the combination of three antibiotics, ineffective against superbugs on their own, can fight these new forms of pathogens.

Common bacterial infections have, over time, learned to bypass the various biochemical processes that allow antibiotics to effectively eradicate them. The ones of focus are termed ESKAPE pathogens and they represent six bacteria that are growing multidrug resistance. They include Enterococcus faecium, Staphylococcus aureus, Klebsiella pneumoniae, Acinetobacter, Pseudomonas aeruginosa and Enterobacter.

It is estimated that these pathogens caused more than two million infections, leading to nearly 23,000 deaths per year. The same bacteria are also responsible for two-thirds of all healthcare-associated infections.

“These bacteria are extremely problematic and have become resistant to nearly all available antibiotics. We needed to think differently to attack this problem,” says Brian Tsuji, associate professor in the Department of Pharmacy Practice in the University of Buffalo School of Pharmacy and Pharmaceutical Sciences.

The use of complimenting antibiotic medications is a staple for fighting particularly aggressive forms of bacteria. But this tactic is not providing the same benefits as it once did. This has led the researchers to try combining non-traditional combinations of medications. However, the issue of proper dosage and which combinations are most effective has been an issue.

Various combinations of drugs were chosen based on whether they complimented the other drugs’ mechanisms for bacterial killing. They hope to find unique ways to outmaneuver the ESKAPE pathogens. Antibiotics tested included polymyxin B, meropenem, rifampin, and ampicillin-sulbactam.
To test various drug combinations effectiveness, medications were applied to bacterial samples individually, in pairs, and in triplets. The time to kill the bacteria and the time it took for the pathogen to regrow was measured.

In a 96-hour period, no visible bacteria cells were detected after using three antibiotics.

While the researchers are happy with these early results, they stress that more research is needed. More studies to validate the treatments against other clinically significant bacteria is the next step. They hope that new antibiotic combinations will help guide new therapy for deadly infections in the future.