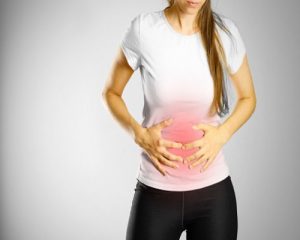 Fatty liver disease, also known as hepatic steatosis (HS), refers to a condition where fat accumulates in the liver without any signs of injury. It is also called non-alcoholic fatty liver disease since it is not caused due to alcohol consumption like liver conditions. However, it is a chronic condition that leads to severe problems such as inflammation of the liver, often scarring it and leading to serious conditions like cirrhosis.

How are fatty liver and diabetes linked?

Both diseases are linked to the extent that our bodies are able to metabolise the food we eat, and non-alcoholic fatty liver disease is very common among patients of type 2 diabetes. This is reflected in the tendency of diabetics to become overweight and insulin resistant. There seems to be a clear link with the fat in a person’s body, and reducing weight is effective for reversing non-alcoholic fatty liver disease.

Studies have also found that people suffering from fatty liver disease cannot metabolise glucose and often have low glucose tolerance or overt diebetes. In addition, about 50 percent of diabetics suffer from this disease.

Some strategies to manage fatty liver disease include:

While the above measures may help to control the development of the disease or slow down its progress, researchers are looking for a concrete solution to the problem.


Adil Mardinoglu, a systems biologist at KTH Royal Institute of Technology’s Science for Life Laboratory (SciLifeLab) found a link between non-alcoholic fatty liver disease and poor levels of glutathione (GSH), an antioxidant. It showed that the presence of oxidants could burn fat in the liver. If people were treated by a “cocktail” that increases oxidation, it could lead to the burning of fat.

Following this, research was conducted by a team from KTH Royal Institute of Technology’s Science for Life Laboratory (SciLifeLab) research center and Gothenburg University. The researchers studied 86 people who had varying levels of fatty liver disease. In the research, they observed how fat changes the functioning of liver cells. Researchers also analysed a genome-scale model of liver tissue. The combined data revealed that the liver is capable of burning up fats that have accumulated.

The findings of the research were published in a paper authored by Adil Mardinoglu and Jan Borén.

Also read: Why it’s so important to keep your liver healthy