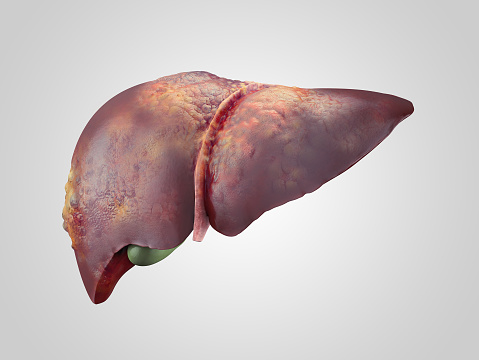 Fatty liver disease is growing to be a serious problem, as more and more individuals are developing the condition. Unfortunately, many of them are not being diagnosed until it’s too late. Fatty liver disease occurs as a result of fat permeating and surrounding the liver, which causes it to become bogged down and sick, impairing its ability to function.

The liver performs over 500 different functions, making it one of the most important organs in the body. This is why when it becomes sick, different aspects of your health can become negatively impacted as a result.

The latest research findings suggest that fatty liver disease can increase the risk of brain shrinkage, which already naturally occurs with aging but can worsen with a bad diet.

Brain volume linked to non-alcoholic fatty liver disease is equivalent to an additional 4.2 years of age for people in their 60s and early 70s or 7.3 additional years for those younger than 60.

Lead author of the study Galit Weinstein explained, “Liver fat may have a direct association with brain aging.”

It has already been shown in previous studies that those with fatty liver disease have decreased brain activity and greater thinking problems compared to those with healthy livers.


For the study, the researchers used MRI scans to look at the brains of 766 middle-aged men and women along with abdominal CT-scans to look at the participant’s livers. Eighteen percent of the participants had fatty liver disease.
The researchers also explored other risk factors that can contribute to brain shrinkage including menopause status, heart disease, cholesterol, diabetes, smoking, alcohol consumption, lack of exercise, and obesity.

Weinstein added, “This is extremely important when it comes to brain health, because currently there is usually no cure for neurodegenerative diseases, such as Alzheimer’s disease. But it still remains to show in other studies that improvement in fatty liver disease is associated with lower risk of such brain diseases.”

“Fatty liver can be prevented by conducting appropriate lifestyle and diet. In turn, if one retains a healthy liver, his/her risk for other diseases, such as diabetes and heart diseases, is also reduced. In this study, we show that keeping a healthy liver may also be linked with a healthier brain,” he concluded.

6 tips for a healthy liver