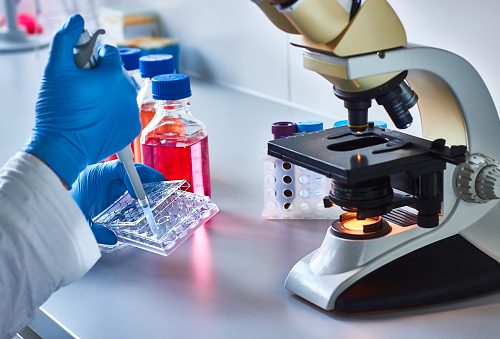 More than a million Americans suffer from type 1 diabetes, a chronic condition characterized by insufficient or zero insulin production from the pancreas. Poorly controlled diabetes can lead to several complications that may even become life-threatening if not treated right away.

To keep type 1 diabetes under control, patients are required to perform daily insulin injections to help regulate blood glucose levels. This can become quite tedious and lead to improper diabetes regulation.

While there is still no cure for type 1 diabetes, a Cornell University-led research team has developed a device that may revolutionize disease management.

The complications of poor glucose control

There are generally two commonly recognized forms of diabetes: type 1 and type 2. The latter type is also commonly referred to as “adult-onset” diabetes and the former “juvenile” diabetes. In type 1, insulin-producing cells in the pancreas (islet cells) are destroyed by the body’s immune system, which leads to diabetes development. Having little to no insulin being produced makes it so that glucose, the main source of bodily energy, is unable to enter cells and remains in the bloodstream instead.

Currently, there is no other way of treating type one diabetes besides insulin injections.

Professor Minglin Ma, from the department of biological and environmental engineering, has devised a way to implant hundreds of thousands of stem cell-derived insulin-producing cells into a patient. These cells would be protected by a thin hydrogel coating that is attached to a polymer thread. This allows for the cells to be removed or replaced once they have outlived their usefulness.

The problem with implantation of stem cell islet cells is that it requires the use of long-term immunosuppressive drugs to avoid the host’s immune system response. By alternatively coating the stem cells in tiny hydrogel capsules, it can be an effective measure for avoiding this immune response. Additionally, having the ability to remove the transplant is key as it has the potential to form tumors.

“When they fail or die, they need to come out. You don’t want to put something in the body that you can’t take out. With our method, that’s not a problem,” Ma said.

This thread, dubbed TRAFFIC (Thread-Reinforced Alginate Fiber For Islets enCapsulation), was inspired by spider webs and the way water beads on it, but according to the researchers, their implementation is even better. By having hydrogel covers, it creates a uniformity that prevents any gaps between capsules that are commonly seen between beads of water on a spider’s web. Gaps in the case of this implantation would potentially lead to the formation of scar tissue and the like, which would be bad for the patient.

Related: Scientists are one step closer to discovering a cure for type 2 diabetes