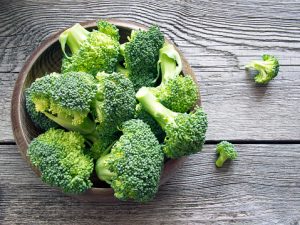 Adult onset diabetes is very much an issue in the United States. A significant portion of the population suffers from obesity—a precursor to the development of adult-onset diabetes. What’s more troubling is that now even children are developing this disease, which was once exclusive to their elders. While maintaining a healthy diet is the main method of preventing obesity, new research into a compound found in broccoli sprouts called sulforaphane has found that it reduces blood glucose levels.

Adult onset diabetes, also known as type 2 diabetes or non-insulin dependent diabetes, is a chronic condition that affects how the body metabolizes sugar or blood glucose. This substance is required by the body as a fuel source.

How your body produces energy

Normally, when you eat food, your body breaks it down into tiny molecules to be absorbed by the digestive system. Everything from nutrients, vitamins, and minerals are absorbed this way. This includes the absorption of glucose as well. When your blood glucose rises, it triggers a release of insulin from your pancreas. Insulin is used by your cells to help get glucose into them to then be used as energy.

In cases of diabetes, insulin does not achieve this effect, and in the cases of type 2 diabetes, the cells themselves becomes resistant to insulin. This leads to high amounts of blood sugar, potentially leading to complications down the line, such as cardiovascular disease and even stroke.

The main treatment method for type 2 diabetes is medication aimed at reducing this blood sugar. However, the compound sulforaphane found in broccoli sprouts has been seen to also produce this effect.

This is significant because many of the currently employed treatments for type 2 diabetes can cause other problems such as liver damage.

To further their investigation, the researchers tested the compound on human subjects. Ninety-seven obese participants were chosen to be followed over a 12-week period.

They found a significant reduction in glucose levels in these subjects when fasting.

The researchers acknowledge that more testing is needed to confirm that the compound is producing these results and that they’re not just caused by a healthy diet.

Metabolite produced by gut bacteria may protect against type 2 diabetes