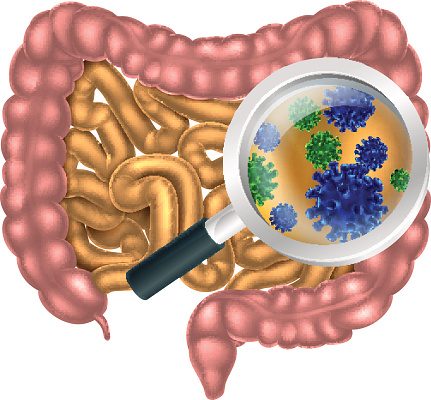 Diabetes is a widespread disease, and 415 million people worldwide are estimated to have the adult-onset form of the disease. Diabetes is known to at least double a person’s risk of early death, with approximately 1.5 to 5 million deaths per year attributed to the disease. However, a new study from the University of Eastern Finland promises that an intestinal bacterium may protect against this deadly affliction.

The study in question identified a bacterium in the intestine that produces a metabolite called indolepropionic acid, which protects against type 2 diabetes. It was found that this particular metabolite production was boosted by fiber-rich diets, providing additional insight into the role of intestinal bacteria and the relationship between diet, metabolism, and health.

The study, published in Scientific Reports, was a collaboration with a large number of partners from Finnish and Swedish research institutes. Experiments were carried out at the LC-MS Metabolomics Centre of the University of Eastern Finland.

The researchers compared two groups participating in the Finnish Diabetes Prevention study who, at the beginning, were overweight and had impaired glucose tolerance. Two-hundred participants with glucose intolerance were investigated to determine who developed type 2 diabetes within the first five years and who developed it within a 15-year follow-up. The differences were then analyzed between the two groups by non-target metabolomics analysis.
The researchers saw differences in the metabolic profiles of those who developed type 2 diabetes and those who didn’t, particularly in the concentration of indolepropionic acid and certain lipid metabolites. High concentrations of indolepropionic acid were discovered to have protective effects against the development of diabetes type 2, according to the researchers. It is seen to be present in high amounts in those who have diets full of whole grains and fiber. Its presence in high concentrations seemed to also promote insulin secretion by pancreatic beta cells, possibly explaining its protective effect.
Additionally, this association between indolepropionic acid and the risk of diabetes was studied in two other population-based datasets, and indolepropionic acid continually demonstrated protective benefits against diabetes.
“Earlier studies, too, have linked intestinal bacteria with the risk of disease in overweight people. Our findings suggest that indolepropionic acid may be one factor that mediates the protective effect of diet and intestinal bacteria,” said academy research fellow Kati Hanhineva from the University of Eastern Finland.

The Finnish diabetes prevention study was the first randomized, controlled lifestyle intervention study to show that type 2 diabetes can be prevented by lifestyle changes.