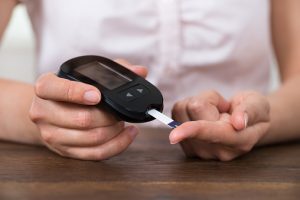 Type 2 diabetes may be reversible in as little as four months according to a study conducted by researchers at McMaster University. Type 2 diabetes is generally considered to be long-term and worsens over time, requiring increasingly complex management strategies that include medications, dietary restrictions, and careful exercise.

It occurs when a patient’s pancreas is unable to produce enough insulin to control the blood glucose levels, or the patient’s body is unable to properly process the hormone. Insulin is vital as it helps convert glucose—or blood sugar—into energy.

This study gathered 83 volunteers between the ages of 30 and 80 who had been diagnosed with type 2 diabetes at some point over the previous three years. Participants were divided into three groups, with the first receiving an intensive metabolic intervention that involved following a personalized exercise regimen and meal plan that reduced daily caloric intake by 500 to 750 calories per day. This intervention was to be followed for 16 weeks.

The second group received the same metabolic intervention, but was only required to follow the plan for eight weeks. The third group was given the standard diabetes care, consisting of advice from their doctor about how to manage blood sugar levels and the importance of leading a healthy lifestyle. Each volunteer was checked by a nurse and dietician at regular intervals and was given a blood test to assess how well diabetes was being controlled at the 8-week mark, 16-week mark, 20-week mark, 28-week mark, and 52-week mark.
After the intervention period, participants in the first two groups stopped taking diabetes medication and were encouraged to maintain their healthy lifestyle. Three months following, 11 of the 27 participants from the 16-week intervention group met the criteria for complete or partial diabetes remission, six of 28 participants in the eight-week intervention group met these criteria, while only four of the 28 participants who received standard care did.

Emily Burns, the research communications manager at Diabetes UK commented on these results, stating, “We know that diet, exercise and medications can help people with type 2 diabetes manage their condition. We’re starting to see mounting evidence that putting type 2 diabetes into remission is feasible as well.”

Further research is needed to determine whether the remission achieved is lasting, however, these results are promising as they show there is a possibility to reverse type 2 diabetes through diet and exercise.

Cardiovascular disease, obesity, and type 2 diabetes can be improved with these two fruits