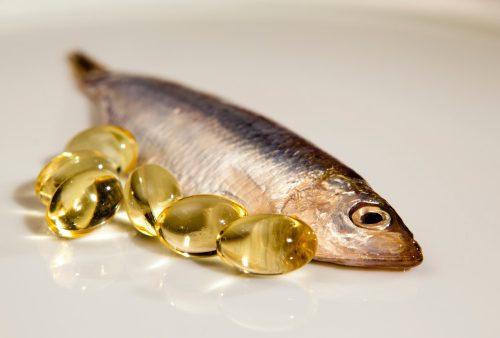 Diabetes affects nearly 30.3 million Americans with over seven million estimated to not even know they have the metabolic condition. Also, this disease affects our senior population as well, as the percentage of Americans over the age of 65 and older with diabetes is about 25.2 percent, which is about 12 million people.

Living with diabetes can be a real burden, as it comes with a lot of long-term side effects that can affect the quality of life. If not managed properly, it can even lead to death. Diabetes can lead to vision complication, kidney disease, and even complications during pregnancy.

This has made finding a cure or even more advanced treatment a priority for medical professionals. New research into the domain of diabetes treatment and prevention has found that overweight pregnant rats prevent their offspring from developing a major diabetes risk factor by simply consuming fresh fish oil.

“This is exciting because it raises the question: if overweight women take fresh fish oil in pregnancy, will it lower the risk of their children later developing diabetes?” says Dr. Ben Albert, who led the research with Professor Wayne Cutfield, both at the University of Auckland-based Liggins Institute.

These findings were seen when pregnant rats were fed either a high-fat diet, making them overweight, or a standard diet. Half of the rodents were given fresh fish oil and the others were not. Consuming fresh fish oil improved the way insulin worked, which is a protective response against diabetes development.

The offspring of mother rats in the high-fat diet plus fresh fish oil group were seen to have better insulin sensitivity. Cells being sensitive to insulin is a major factor for the development of type 2 diabetes.

“Studies by other researchers using adult rats have shown that omega 3 fatty acids in fresh fish oil improve the way insulin works, which protects against diabetes and related diseases. We wondered if it could also be protective during pregnancy, particularly for the babies,” says Dr. Albert.


Not proven in humans just yet

However, the researchers go on to say that these findings have yet to be proven in human studies, but it is possible that they didn’t use fresh fish oil in those previous studies.

Omega-3 fatty acids are known for being unstable, breaking down when exposed to natural conditions such as light, heat, and oxygen. This may decrease its effectiveness.

It is known that children of overweight women have a nearly twice the normal risk of developing problems like diabetes later in life. The researchers of this study believe that the use of fresh fish oil supplements in overweight pregnant women may improve the health of their children, but they continue to say that more research is needed in human trials before they can make any recommendations.

Type 2 diabetes may be reversible: Study