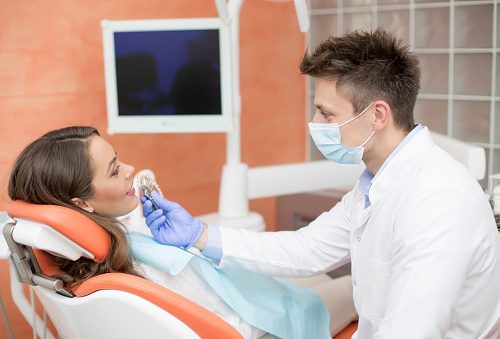 Diabetes is a multifaceted disease, affecting nearly every function of the human body. It not only prevents the efficient utilization of blood sugar, it can also lead to poor wound healing and vision loss.

A new study out of the University of Pennsylvania has linked the metabolic disease to abnormalities of microbes found in the mouth, known as the oral microbiome. This discovery was found using mouse studies with diabetes. Increases in inflammation and bone loss were also found to be associated with diabetes.

“Up until now, there had been no concrete evidence that diabetes affects the oral microbiome. But the studies that had been done were not rigorous. My argument was that the appropriate studies just hadn’t been done, so I decided, we’ll do the appropriate study,” said Dana Graves, senior author of the new study and vice dean of scholarship and research at Penn’s School of Dental Medicine.

Bacteria in the mouth

By comparing the oral microbiome of healthy and diabetic mice, the researchers found that once diabetes had set into at-risk mice, their microbiome started to differ, generating a less diverse community of bacteria.


Periodontitis is a serious gum infection that damages the soft tissue and destroys the bone that supports the teeth.

To investigate this connection further, the researchers transferred microorganisms from diabetic mice to germ-free mice. They saw that the recipient mice also developed bone loss, revealing as much as 42 percent less bone found under a micro-CT scan. Markers of inflammation also increased.

Having now established that the oral microbiome was implicated in causing periodontitis, the next step was to see if the suspected inflammatory markers played a role. They tested this by injecting the diabetic donor with an anti-IL-17 antibody.

The results demonstrated that unequivocally, changes in the oral microbiome drives inflammatory changes that enhance bone loss in periodontitis.

“Diabetes is one of the systemic disease that is most closely linked to periodontal disease, but the risk is substantially ameliorated by good glycemic control. And good oral hygiene can take the risk even further down,” said Graves.