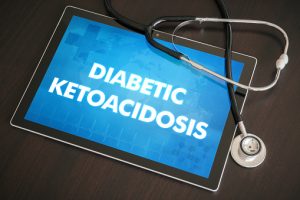 Diabetes awareness is important today as it affects thousands of people. There are two variations of the condition: type 1 and type 2, both of which affect glucose metabolism. It is estimated that approximately 29 million Americans have diabetes, and it leads to hundreds and thousands of deaths each year. It’s the 7th leading cause of death in America.

In search of better treatment

Diabetes prevalence has led the most talented and diligent scientists and researchers to develop new treatments and formulations for the condition. While insulin has been used for decades, more efficient medications are required.

This has led to a new class of diabetic medication being created called SGLT2 [sodium-glucose cotransport – 2] inhibitors. Approved by the FDA, these drugs were created to help lower blood sugar when properly incorporated with diet and exercise. They work by making the kidneys remove sugar from the body through the urine.

However, this new drug has been recently found to increase the likelihood of a potentially fatal condition known for occurring in diabetics called diabetic ketoacidosis.

Diabetic ketoacidosis is a serious complication that occurs when the body produces high levels of blood acids called ketones. It develops when the body can’t produce enough insulin, and instead, the body turns to fat breakdown for its energy source. If this is not remedied by proper glucose balance in the system, ketoacidosis can develop. This condition is sometimes the first thing that unknowing diabetics develop when taken to the emergency room.

Symptoms of this condition can develop very quickly, sometimes within 24 hours. The following are various signs and symptoms of diabetic ketoacidosis:

The results of a new study on this new class of diabetic medication prove it increases the risk of diabetic ketoacidosis two-fold.

At the end of the study [180 days], more diabetics were seen to develop ketoacidosis when on SGLT2 inhibitors.

This information has led the FDA to issue a warning to users of the new medication. The researchers emphasize that while ketoacidosis is relatively rare, physicians need to stay vigilant when using these this drug.