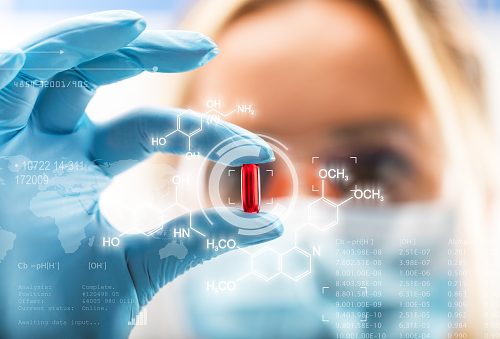 Suffering from depression is more serious than being sad from time to time. Depressed patients can suffer from issues with sleep, loss of interest in previously enjoyed activities, and even have suicidal thoughts.

For the most part, major depression has been commonly treated using a single type of medication known as selective serotonin reuptake inhibitors (SSRIs), which may only be effective in up to 50 percent of people.

Treatment for depression may soon change, as scientists from the University of Bath, UK, have developed a potential new antidepressant and antianxiety treatment that works differently from the most commonly used medications for depression.

SSRIs help to ease mild to moderate cases of depression by increasing the level of serotonin in the brain by blocking its reabsorption. Serotonin is a chemical messenger the carries signals between brain cells. They are the most commonly used antidepressant, in part due to their relative safety and few side effects compared to other options.

This new compound, known as BU10119, was found to work in a different way than SSRIs, which sparks new hope for a new alternative for depression sufferers.


“I’m really quite excited by the potential of this compound. Developing new medicines is why I got into pharmacology and, in 20 years of research, this is the closest I have come to a new compound that might translate towards the clinic. It’s promising, but that said, we are still at an early stage, these experiments are in mice and further research is still required for example to establish safety,” said Sarah Bailey, senior lecturer in the Department of Pharmacy & Pharmacology at the University of Bath.

The new compound was developed by combining the effects of two existing drugs, buprenorphine and naltrexone. The team recognized that not all patients facing depression or severe anxiety have a treatment that benefits them. Their work is a reflection of their commitment to finding new treatments that can be used by all.

While more research will be needed to test how effective the new compound is and its relative safety before it can be used in the treatment of depression, the team is optimistic that with their continued efforts they will reach their goals.

New treatment for depression being explored in the elderly