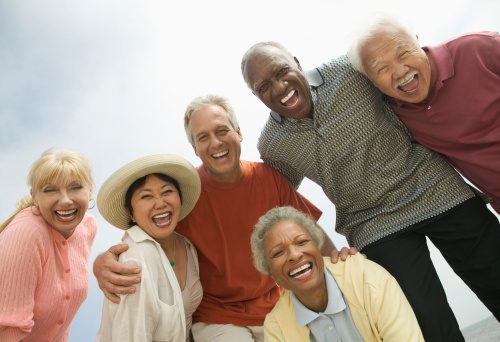 Depression is not a temporary change in mood—it’s a real medical condition. The condition has many different aspects to its presentation besides simply feeling blue. It has a combination of emotional, physical, behavioral, and cognitive symptoms.

What most people don’t realize is that depression can affect people at any age, even the elderly. Depression affects about six million Americans aged 65 and older, but only 10 percent receive treatment.

While medical treatment in the form of antidepressants is available, the elderly population may not tolerate them as well due to the side-effects. However, new preliminary evidence suggests ketamine—a medication used for pain relief and anesthesia—can be an effective antidepressant in this patient group.

“These findings take us a big step forward as we begin to fully understand the potential and limitations of ketamine’s antidepressant qualities. Not only was ketamine well-tolerated by participants, with none experiencing severe or problematic side effects, but giving the treatment by a simple subcutaneous injection (a small injection under the skin) was also shown to be an acceptable method for administering the drug in a safe and effective way,” said lead author UNSW Professor Colleen Loo, who is based at Black Dog Institute.

The study in question tested different doses of ketamine among 16 elderly subjects aged 60 years or older who had treatment-resistant depression.

Over a period of five weeks, participants were given increasing doses of ketamine. A control group was also made to compare the results to a sedative similar to ketamine.

The researchers found that by six months follow-up, approximately 43 percent of participants had entered complete remission from their depression. However, five of the participants remitted at amounts below the commonly used dose of 0.5mg/kg.
It was also discovered that repeated treatments with ketamine results in a higher likelihood of remission or longer time to relapse.

The overall response a remission rate was 68.8 when using ketamine as an antidepressant.

The researchers are quite satisfied with the results they obtained during this study as they understand that it can be difficult for the elderly to seek treatment for depression. Not to mention the fact that the use of anti-depressant medication may not work the best on aging brains.

However, ketamine doesn’t come without its own host of potential side effects. It has been reported that the drug can elevate blood pressure and heart rate as well as cause liver inflammation and urinary problems.

“These results are a promising early piece of the puzzle, but the risks of ketamine use are still not wholly understood. Future studies with greater sample sizes are needed to formally assess ketamine’s side effects, such as its impact on liver function,” Professor Loo added.