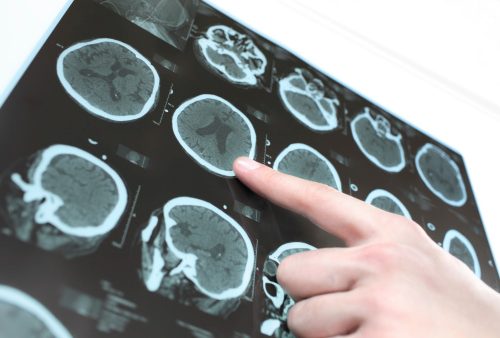 The fight against Alzheimer’s disease is one that has been raging for decades now, and unfortunately, we have only learned a limited amount in all the years of research on the subject. While it is poorly understood, we are confident that about 70 percent of the risk attributed to developing the disease is genetic. Other risk factors also play a role, such as long-standing high blood pressure (chronic hypertension), a history of depression, and even a prior history of head injury. In fact, there is no diagnostic assessment to test if a person has Alzheimer’s, rather, it is a clinical diagnosis. Doctor’s assess the presence of major Alzheimer’s-related symptoms, with complete certainty only ascertained with a sample of brain tissue.

This hasn’t deterred researchers from continually attempting to break new ground. While recent pursuits in the domain of new treatments and procedures have not been fruitful, a team of Rockefeller scientists have taken a fresh new approach to discovering the possible origins of this complex disease.

This newly linked plasma protein, called Factor XII, is a vital part of the formation of normal clots and blood coagulation in the body—it also plays a part in the inflammation process. Previous studies from Strickland’s lab have shown a connection between these bodily processes and an abnormal activation of beta-amyloid, a molecule that forms plaques in the brains of individuals suffering from Alzheimer’s disease. This link has proven useful when studying individuals who have been genetically predetermined to develop Alzheimer’s, as the disease symptomology doesn’t usually appear until the disease itself is in its advanced stages, making it difficult to study what exactly is happening in the brain.
Researchers had this to say about inherited Alzheimer’s disease: “It’s a devastating disease to have, but it’s given us new research opportunities. The first changes observed in these patients are in beta-amyloid levels. The second changes are brain abnormalities related to the vascular system, which can occur 20 years before overt cognitive symptoms appear”.

With Factor XII shows promise for future studies, it’s impossible to use living adults as subjects. It would be irresponsible and unethical to experiment on a component of the vascular system that plays a vital role in regulating healthy blood vessels. But not to be deterred, the use of mice was used for testing, as it is the next best thing.

Normally, Alzheimer’s afflicted mice show more brain inflammation than healthy mice, but when Factor XII had been knocked down, there was a noticeable decrease in the amount of inflammation—the Alzheimer’s mice had brains much more similar to healthy mice. Additionally, the modified mice displayed improvement in cognitive function.

While these new discoveries look promising, scientists do not expect to develop any new types of treatment in the near future. “We had great improvements in our mice, but we didn’t fully correct the problem. Alzheimer’s is a complex disease, and there are multiple elements involved.”

This new development in Alzheimer’s research may not be the big breakthrough everyone is waiting for, but is definitely a step in the right direction. It is one that will help pave the way for a potential treatment.