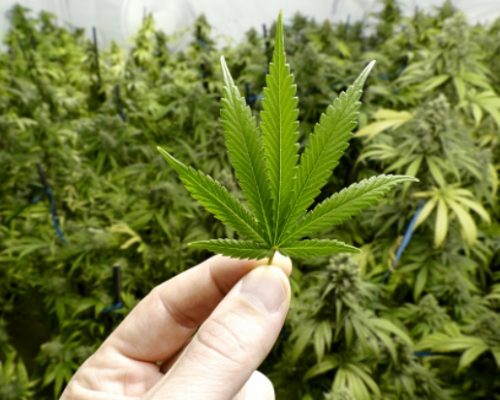 Marijuana use has been linked to Alzheimer’s disease risk, as researchers recorded low blood flow to the brain among users. There is a strong push in the U.S. to legalize marijuana, but the long-term effects of the drug have been long unknown.

The researchers used a sophisticated imaging study known as single photon emission computed tomography (SPECT) in order to evaluate blood flow and brain activity patterns in 1,000 marijuana users and compare the results to healthy controls. The researchers found abnormally low blood flow in virtually all areas of the brain in marijuana users, including those areas known to be affected by Alzheimer’s disease.
The hippocampus – the key learning and memory area of the brain – had a particularly low blood flow among marijuana users, suggesting that this group may be particularly vulnerable to Alzheimer’s disease.

Coauthor Elisabeth Jorandby explained, “As a physician who routinely sees marijuana users, what struck me was not only the global reduction in blood flow in the marijuana users brains, but that the hippocampus was the most affected region due to its role in memory and Alzheimer’s disease.

Our research has proven that marijuana users have lower cerebral blood flow than non-users. Second, the most predictive region separating these two groups is low blood flow in the hippocampus on concentration brain SPECT imaging. This work suggests that marijuana use has damaging influences in the brain – particularly regions important in memory and learning and known to be affected by Alzheimer’s.”

Dr. George Perry, editor-in-chief of Journal of Alzheimer’s disease, added, “Open use of marijuana, through legalization, will reveal the wide range of marijuana’s benefits and threats to human health. This study indicates troubling effects on the hippocampus that may be the harbingers of brain damage.”

Founder of Amen Clinics, Daniel Amen concluded, “Our research demonstrates that marijuana can have significant negative effects on brain function. The media has given the general impression that marijuana is a safe recreational drug, this research directly challenges that notion. In another new study just released, researchers showed that marijuana use tripled the risk of psychosis. Caution is clearly in order.”