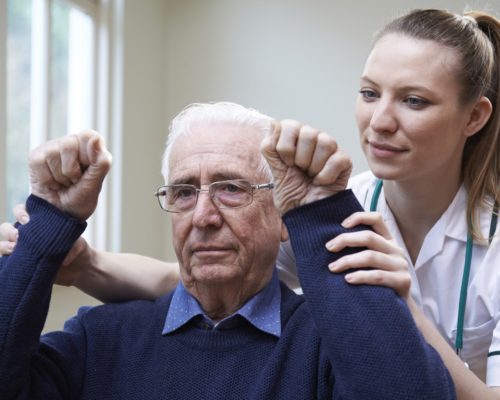 Study author Dr. Nadja Scherbakov explained, “Stroke is the main cause of adult disability, and it is a common understanding that this is all due to brain injury and impaired innervation. Our findings show that the amount of skeletal muscle throughout the body declines after stroke. This opens the door for treatment options such as dietary supplementation and exercise training to prevent muscle wasting after stroke.”

“The disability caused by stroke is usually attributed to brain damage, with little attention paid to the effector organ, which is the skeletal muscle. Exercise training is the most promising way to delay or prevent progression of muscle wasting and may be a therapy option. Treatment of cachexia includes dietary supplementation with protein, vitamins and minerals, and might also prevent muscle wasting after stroke. Older patients with moderately severe stroke were particularly prone to developing cachexia after stroke, so it is very important to monitor their body weight, appetite and nutritional status,” she continued.

Patients with cachexia had greater widespread inflammation. Having inflammation was linked with a higher risk of muscle wasting, weight loss, reduction in appetite, and a higher likelihood of weak handgrip strength. Dr. Scherbakov suggested this reveals that inflammation contributes to muscle and body wasting.