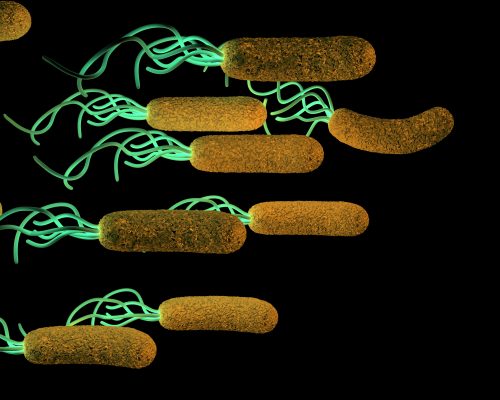 Multiple sclerosis risk in women may reduce with stomach ulcer bacteria H.pylori, according to research. The study found that among women with multiple sclerosis, 14 percent had prior evidence of past infection from H.pylori, but 22 percent of healthy women showed a previous history of H.pylori as well.

H.pylori is a bacterium that resides in the gut and over time can contribute to ulcers or stomach cancer. Senior researcher Dr. Allan Kermode explained, “Helicobacter is typically acquired in childhood and correlates directly with hygiene.”

Although the association between multiple sclerosis and H.pylori isn’t clear, the researchers suggest it adds further evidence to the fact that developing infections early on in life could reduce the risk of multiple sclerosis later on. This could also explain why multiple sclerosis is often seen in developed countries where the level of hygiene standards is high.

There is currently a hygiene hypothesis attempting to explain the onset of multiple sclerosis. Multiple sclerosis is an autoimmune disease in which the immune system mistakenly attacks itself, but why this occurs has long been unclear. The theory suggests, when individuals are exposed to infections, their immune systems remain in disease-fighting mode. Thus, if a person is not exposed to infections, their immune system may not know when to attack.

Kermode continued, “In the last 100 years, the prevalence of MS has increased markedly, and the majority of this increase has occurred in women. The fact that over the same period, prevalence of helicobacter in western countries has declined markedly is a tantalizing observation.”

The study is still in its early stage, and additional research is required to better understand the association. Furthermore, future studies should enroll more men as well to see if the link is gender-specific.

Multiple sclerosis vs. NMO, differences in symptoms, causes, and treatment