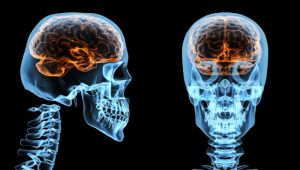 The findings add evidence to support that inflammation of the hippocampus alters its function and contributes to depressive symptoms. Hippocampus is associated with depression maintenance and multiple sclerosis pathology.

FMRI revealed that immune activation in the hippocampus alters its connection with other brain regions.

The link between multiple sclerosis and depression

It is well known that those living with multiple sclerosis have a higher risk of developing depression, compared to the general population, so there must be some sort of underlying connection between the two conditions.

On the other hand, multiple sclerosis may contribute to depression as it destroys the protective coating around the nerves, which are responsible for sending signals to regulate mood. Therefore, when these nerves become damaged, changes in moods may occur.

Lastly, depression may also be a side effect of multiple sclerosis medications and treatments such as steroids.


Treatment for depression in multiple sclerosis

Symptoms of depression in multiple sclerosis include sadness, loss of energy, feelings of hopelessness, loss of enjoyment in once loved activities, difficulty concentrating, uncontrollable crying, difficulty making decisions, irritability, and an increased need for sleep.

Common treatments for depression in multiple sclerosis include the use of antidepressants, talking therapies such as cognitive behavioral therapy or psychotherapy, and St. John’s Wort, which may be effective in mild depression – always speak to your doctor prior to beginning a natural supplement as a treatment.

The earlier you begin treatment for depression, the greater your chances to improve multiple sclerosis outcomes.

Multiple sclerosis, other autoimmune diseases may be prevented with new plant-derived drug: Study

An international team of researchers has recently come up a new plant-derived drug that can stop the progression of multiple sclerosis (MS), which is the most common autoimmune disease that affects the central nervous system. Continue reading…