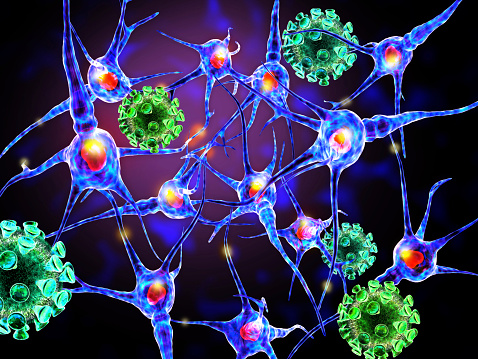 An international team of researchers has recently come up a new plant-derived drug that can stop the progression of multiple sclerosis (MS), which is the most common autoimmune disease that affects the central nervous system. “This is a really exciting discovery because it may offer a whole new quality of life for people with this debilitating disease,” said researcher Dr. Christian Gruber from the University of Queensland.

The new drug called T20K is extracted from a traditional medicinal plant Oldenlandia affinis containing potent synthesized plant peptides known as cyclotides. “Cyclotides are present in a range of common plants, and they show significant potential for the treatment of autoimmune diseases,” Gruber said. So far, the treatment has been effective in an animal model. Patent applications have been filed in several countries, with phase one trials beginning as early as 2018.

What you should know about plant-derived drugs

Plants have been used for therapeutic purposes and as medicine since the beginning of history, often in the form of medicinal teas, decoctions, tinctures, creams, oils, and ointments. Traditional herbal medicine it is still widely practiced throughout the world. The value of medicinal plants has become very important because of the properties shown by their extracts and active ingredients. What is also interesting to note — the over-the-counter value of plant-derived drugs worldwide was estimated at more than $40 billion annually and expected to steadily grow over the years.

Some treatment options for multiple sclerosis and autoimmune diseases include:

There is also a study that could help those with MS and other autoimmune diseases, but it has only worked in mice so far. “If this works, it is going to be absolutely fantastic,” said Bill Heetderks, who directs outside research at the National Institute of Biomedical Imaging and Bioengineering at the National Institutes of Health. “Even if it doesn’t work, it’s going to be another step down the road.”

The main treatment to stop the progression of multiple sclerosis is suppressing the immune system, which can leave patients vulnerable to infections and cancer. The new treatment acts to “re-educate” the immune cells so that they stop attacks. Little balls called nanoparticles are attached to small bits of protein the immune cells are attacking. Normal cells go through a self-destructive process called aptosis when they die, and immune cells called macrophages come in and eat up the mess. Macrophages then journey to the spleen, where they show these ground up bits of cells to other immune cells called T-cells. This attempts to get T-cells familiar with the body’s normal cells, so they know not to attack healthy ones. So far, phase 1 trials have shown it’s a safe process, but the cost is a problem. Such treatment is extremely expensive, costing about a million dollars to treat only 10 patients using live cells. Whether a repeat treatment would be needed in human patients is also unclear.

Vitamin D deficiency during pregnancy increases the risk of multiple sclerosis (MS) in children, suggests a new study published in JAMA Neurology. While research proves that increased levels of vitamin D decrease the risk of MS in adulthood, some studies have been linking the vitamin D exposure in utero with the MS risk later in life. Continue reading…

Multiple sclerosis risk in women may reduce with stomach ulcer bacteria H.pylori, according to research. The study found that among women with multiple sclerosis, 14 percent had prior evidence of past infection from H.pylori, but 22 percent of healthy women showed a previous history of H.pylori as well. Continue reading…