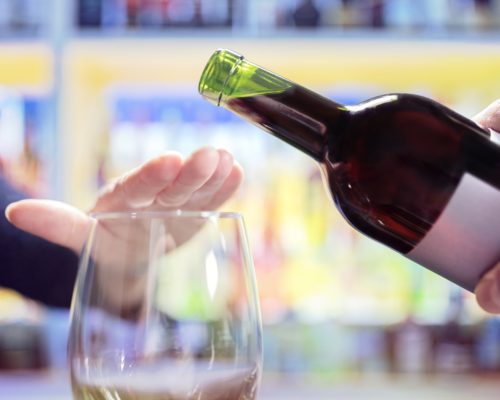 Previous research has suggested that moderate alcohol consumption may protect a person from heart disease, but the latest findings refute this notion. Past research has not looked at alcohol’s effects on hypertension, which is a contributing factor to heart attack and stroke.

Study lead author Amer Aladin explained, “I think this will be a turning point for clinical practice, as well as for future research, education, and public health policy regarding alcohol consumption. It’s the first study showing that both heavy and moderate alcohol consumption can increase hypertension.”

Alcohol can impact blood pressure for various reasons, including its ability to increase appetite and alcoholic beverages being very calorically-dense. Alcohol also affects the brain and liver, which could play a role in blood pressure.

The study looked at data from the National Health and Nutrition Examination Study (NHANES), which is led by the CDC. Participants reported their drinking behavior and blood pressure was recorded in their homes or mobile centers.

Aladin explained, “This study is not only large but diverse in terms of race and gender. The results are very informative for future research and practice. If you are drinking a moderate or large amount of alcohol, ask your provider to check your blood pressure at each visit and help you cut down your drinking and eventually quit.”

There didn’t seem to be many differences in the effects of alcohol on different ethnic groups, but further research is needed to determine how demographic factors affect alcohol consumption and hypertension.