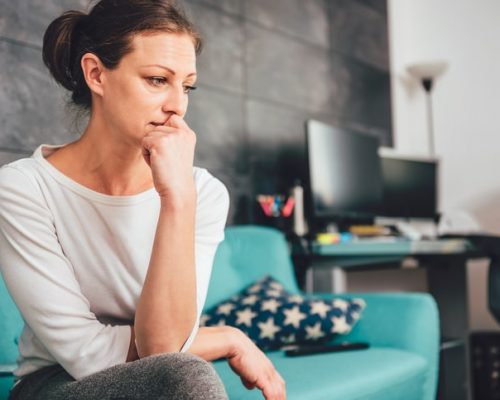 Dementia is becoming an increasing burden on healthcare systems worldwide. There are no current treatment options for dementia that improve the condition once it has begun. The current medical and research focus is on the prevention of the condition before it has developed or begun its prognosis. Dementia mainly affects those in their elderly years, and with the elderly population expected to increase exponentially over the next several decades, the need for diagnostic and preventive measures is greater now than ever before.

Anxiety has previously been recognized as a predictor for cognitive deterioration in older adults and is believed to be a symptom of neurodegenerative disease. A new study sought to determine whether anxiety might also be an independent risk factor for dementia ten years or more before the disease is diagnosed. The researchers performed a multi-variable analysis of four studies to determine the relationship between symptoms of anxiety preceding a diagnosis of dementia by ten years or more.

The combined sample population of the studies analyzed included 29,819 participants. The researchers examined over 3,000 studies, but using strict exclusion criteria, they narrowed them down to only four that met their criteria for acceptance into the analysis. One of the exclusion criteria included no control for depression, since anxiety and depression are often comorbidities and diagnosed together. The focus of the current analysis was on diagnoses of anxiety alone because it has been studied far less than the effects of both anxiety and depression combined.

Anxiety Is a Risk Factor for Dementia

All of the studies included in the final analysis found statistically significant associations between clinically diagnosed anxiety and an increased risk of late-onset dementia at least 10 years from the time the diagnosis of anxiety was formed. Each study found the results to be true after adjusting for potential confounders. These results contribute to the increasing canon of research that has found that being diagnosed with common mental health conditions in middle age is a precursor for developing neurodegenerative disorders, such as dementia, later in life.

Past research has found only inconclusive evidence of anxiety’s effect on the development of dementia. Limitations of previous research have included shorter follow-up periods, around two to three years, which is why the researchers behind the current analysis focused only on studies with a follow-up period of 10 years or longer. The results of the previous research found stronger associations between anxiety and dementia, leading them to believe that “anxiety may result from a prodromal state of dementia, where an increase in anxiety may be due to an individual’s insight into their early subjective experience of cognitive decline.”

The researchers conclude that medical practitioners should begin to view anxiety in midlife as a precursor for dementia, the same way many currently view depression. They also advise future researchers focus on understanding the underlying mechanisms of the relationship between anxiety and dementia and anxiety’s unique role in its development, compared to prodromal symptoms of the condition, as this review has found that anxiety is an independent risk factor for dementia.