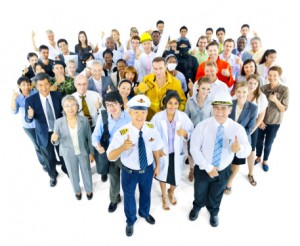 There is a vast amount of mental health issues and mental disorders that affect the elderly. From depression to bipolar and even schizophrenia, mental disorders can be debilitating and stressful, not only for the patients, but for their loved ones as well.

Although there is much to learn in regards to mental health, 2015 saw many breakthroughs and new discoveries that continue to bring us closer to a deeper and clearer understanding of mental disorders.

The majority of Canadians want their employer to be responsible for their mental well-being.

To measure how Canadians felt about healthy lifestyle practices, the Sun Life Canadian Health Index was used. The Index uncovered that more than 4 out of 5 survey participants believe their employer should support the physical and emotional health of all employees in the workplace. The results were so dramatic and may end up initiating changes in benefits packages offered to employees. Learn More

Mental Health Disorders: Dementia and depression, the most common mental disorders in the elderly

The most common mental disorders in the elderly are dementia, Alzheimer’s disease, Parkinson’s disease and depression. 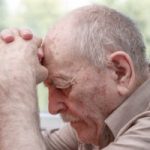 Mental illness is far more common than you may realize – but it’s still not a subject most people want to talk about.

In fact, the National Alliance of Mental Illness (NAMI) estimates that one in four American adults experience mental illness over the course of a year. Roughly 60 percent of the 61.5 million Americans affected never seek treatment and continue to live with some form of mental illness.

Without proper treatment these individuals are at a higher risk of having a chronic medical condition as well; their lifespan is roughly 25 years less than those who do not have a mental illness. As you can see, mental illness is quite serious and there is a pressing need to discuss it and breakdown the surrounding stigma. Learn More

Researchers found that mental health is directly related to the risk of chronic pain in teenagers. 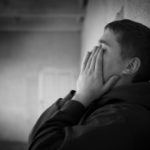 Depression, anxiety and mental disorders in teens increase chronic pain risk, according to new findings. The research comes from Ruhr-Universität Bochum and the University of Basel in Switzerland where they found that one in four teenagers with a mental disorder also experiences chronic pain.

They also found that the mental disorder appeared prior to the pain, for example, depression symptoms occurred before a headache emerged.

Additionally, anxiety symptoms occurred prior to neck pain. Attention deficit disorders and other behavioral disorders were also observed to be associated with pain and a higher risk of experiencing headaches.

The researchers examined 6,483 American teenagers between the ages of 13 and 18 years old. Learn More

A recent study found junk food negatively affects the brain and can cause mental health issues. 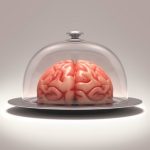 Unhealthy diets containing junk food have been shown to affect the brain and lead to poor mental health. The findings come from researchers at Deakin University and the Australian National University.

Specific findings concluded that a part in the brain – the hippocampus – has been shown to be smaller in those who consume junk food. The hippocampus is responsible for learning, memory and mental health.

Researchers used MRI scanning to measure the size of the hippocampi in Australian adults between the ages of 60 and 64. Diet and other factors which could affect the hippocampus were measured and taken into account as well.

Researchers found that leg strength and memory abilities are linked. 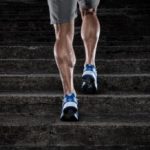 Boosting walking speed and intensity could improve mental health in aging. A recent study found that strong legs are associated with a strong mind, and to achieve strong legs faster, more intense walking can be utilized.

The findings come from a 10-year British study, which revealed that strong legs are linked with a strong mind. It included 324 healthy female twins between the ages of 43 and 73 from the UK. Thinking, learning and memory were tested at baseline and at the end of the study.

The researchers found that leg strength was a greater predictor of brain health compared to any other lifestyle factors. The twin with the strongest legs maintained their mental capabilities though the 10 years and experienced fewer age-related brain changes compared to the twin with weaker legs. Learn More