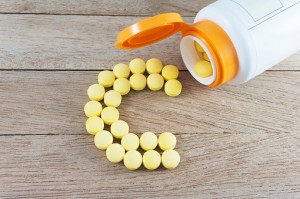 The week before Father’s Day is Men’s Health Week, so we have compiled our top stories regarding men’s health, including those regarding kidney stones, restless legs syndrome, prostate cancer, low testosterone, and much more. Whether you’re a male reading up on your own health, or a female looking up for a loved one, these articles with provide you the information you need to stay healthy for many more years to come.

Kidney stone risk in men has been found to be linked to high dosage of vitamin C. A Swedish study looked at over 23,000 Swedish men and their daily dose of vitamin C. Over an 11-year period, two percent of the men developed kidney stones, and those who reported vitamin C supplementation were twice as likely to develop kidney stones. Important to note is that the intake of a standard multivitamin did not affect kidney stone risk.

The average man requires 90 mg of vitamin C and women require 75 mg. Vitamin C is an essential vitamin as it helps cell repair, fights off free radicals, and boosts the immune system. Many individuals consume excess vitamin C as a means to prevent illness, and yet there is not enough evidence to support such practice.

The Swedish researchers are not the first to uncover that high amount of vitamin C can pose a risk to health. Researchers at Harvard have also found the connection between high dose vitamin C and kidney stones in men, but studies on women did not yield the same results.

There are many reasons as to why kidney stones form, including genes, weight, and diet. The most common type of kidney stone is a combination of calcium and oxalate, which is commonly found in food. In some individuals, vitamin C is broken down into oxalate – which can explain the connection.

Dr. Gary C. Curhan from Harvard who worked on previous kidney stone and vitamin C studies does believe there is enough evidence to advise men to be wary with their vitamin C intake. “High dose vitamin C supplements should be avoided, particularly if an individual has a history of calcium oxalate stones.”

Dr. Robert H. Fletcher wrote in an accompanying commentary, “This is not an insignificant risk. But more to the point, is any additional risk worthwhile if high-dose ascorbic acid is not effective?” Continue reading… 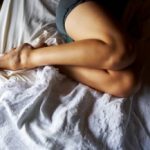 Study author, Xiang Gao, said, “RLS affects five to 10 percent of adults across the country. Our study highlights the importance of recognizing this common but underdiagnosed disease.”
The study looked at 18,425 men with an average age of 67, free of diabetes, kidney failure and arthritis, all evaluated for restless legs syndrome. In total, 690 men met the criteria for RLS. Information about chronic diseases was collected every two years. During the eight year follow-up, 2,765 participants died. Of the men with RLS, 171 deaths occurred compared to 2,594 of the men without RLS (25 percent versus 15 percent).

The study found that men with restless legs syndrome have a 40 percent greater risk of death compared to men without the condition. After adjusting for other factors which can contribute to death the risk did lower slightly.

Gao concluded, “We found that the increased risk was not associated with the usual known risk factors, such as older age, being overweight, lack of sleep, smoking, being physically inactive and having an unhealthy diet. The increased mortality in RLS was more frequently associated with respiratory disease, endocrine disease, nutritional/metabolic disease and immunological disorders. Through research, we need to pinpoint why and how RLS leads to this possible higher risk of dying early.” Continue reading… 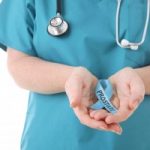 For the study, the researchers interviewed 2,114 men. Half of the men had been diagnosed with prostate cancer between 2005 and 2009, and the other half were controls. Men were asked about their lifestyle and medical history, whether or not they were circumcised, at what age they were circumcised, and which procedure was performed. 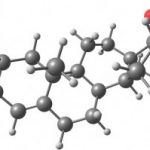 Low testosterone risk linked to genetic makeup in men. Testosterone is primarily a male hormone, which is attributed to important physiological functions in men. Low testosterone levels can increase the risk of cardiovascular events, type 2 diabetes, atherosclerosis, osteoporosis, metabolic syndrome, and sarcopenia. Testosterone naturally decreases with age, but this mechanism is still not fully understood.

The researchers looked at data from 14,429 Caucasian men and discovered genetic variants at the sex hormone-binding globulin (SHBG) gene and on the X chromosome associated with an increased risk of low testosterone.

Co-senior author Dr. Robin Haring from the University of Greifswald concluded, “The reported associations may now be used in order to better understand the functional background of recently identified disease associations related to low testosterone concentrations in men.” Continue reading… 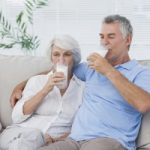 Dr. Mary Ruppe, an endocrinologist at the Houston Methodist Hospital, said, “Women have a screening safety net. Between their primary care physician and ob-gyn, women will begin bone density screenings at the appropriate age. Men are less likely to have routine primary care checkups and don’t receive preventative care similar to what is provided for women.”

In the U.S., nearly 1.5 million men over the age of 65 have osteoporosis and another 3.5 million are at risk. Continue reading…