Home » Health News » Are Your Medications Hurting Your Memory? 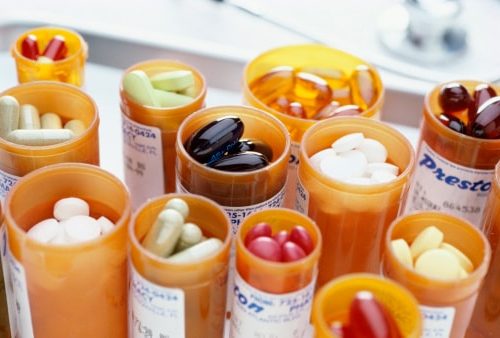 Dementia cases are projected to hit over 75 million by 2030 and triple by 2050. Although there is no cure for Alzheimer’s and dementia, there are certain risk factors that have been highlighted which may increase a person’s risk of developing memory loss. Many of these risk factors are lifestyle habits and others are genetic factors. But researchers may not believe that common antidepressants and bladder medications may also be a contributing factor.

Anticholinergics are prescribed for bladder problems, allergies, and depression, but have been linked with several adverse effects, especially among older adults.

Anticholinergic antidepressants have already been tied to dementia, but the latest findings also suggest that bladder medications with the same ingredient may also contribute to a higher dementia risk.

The study looked at medical records of over 40,770 patients over the age of 65 diagnosed with dementia and compared those records with 283,933 people without dementia. The researchers also examined over 27 million prescriptions.

The researchers found that patients with a dementia diagnosis were 30 percent more likely to be prescribed a specific class of anticholinergics. What is uncertain is whether the medications caused dementia or were prescribed after symptoms presented.

The researchers speculated that prescription of these medications occurred 15 to 20 years prior to dementia diagnosis.

Depression and bladder problems are quite common worldwide, and both are treated with anticholinergics.

This was the largest study to look at anticholinergics and dementia risk. As of now, anticholinergics are not advised for patients over 65, but new considerations should be made about long-term use of these medications to reduce the risk of dementia.