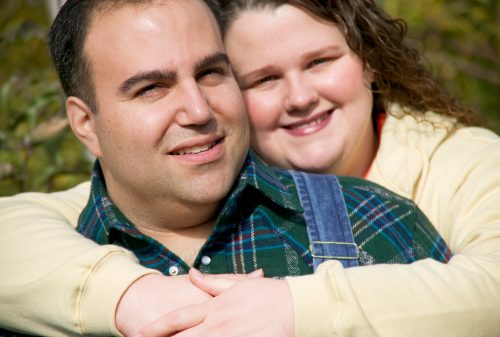 Binge eating isn’t an issue that should be taken lightly, and as it turns out, married men are more likely to pay the price when it comes to the affliction.

New research is showing that women are playing a more active role than before in their partners eating habits. For example, when not consulted about diet changes, rather than causing a fight, married African American men were more likely to binge on fast food and junk food outside of the home.

Binge eating disorder is a mental illness that is characterized by recurring episodes of eating without efforts of the affected individual to control their weight. Some of those with the disorder are said to try to undo the binge episodes by purging, excessively exercising, and/or inappropriately using medications like laxatives or diet pills.

Binge eating disorder in most cases, has been shown to persist for more than 14 years, with statistically only 7% rehabilitation rate after the first year of affliction.

The research study, led by University of Michigan’s Derek Griffith, PhD, involved a small group of participants (83 African-American men). The basis of the research was for participants to discuss diet changes within the home and whether or not their wives were consulted about preferences for healthy meals over junk food and fast food.

Results of the study where interesting. For the most part the men responded saying that they believed that their wives had much more control over what was eaten at home as opposed to outside of the home. According to researchers, wives played a significant role in what men ate at home, but this imbalance when it came to food decisions led men sneak junk food and fast food outside the home.

It isn’t all negative, men in the study enjoyed the fact that their wives showed concern for their healthy eating habits, but also admitted that rather than cause a fight, men were highly likely to just partake in their junk food and fast food habits outside of the home. Outside of the home it was a different story, where unhealthy choices trumped healthier choices.

People with binge eating disorder have been shown to be at higher risk of developing high blood pressure, type 2 diabetes, and abnormal cholesterol levels compared to similar-weight individuals without this eating disorder.