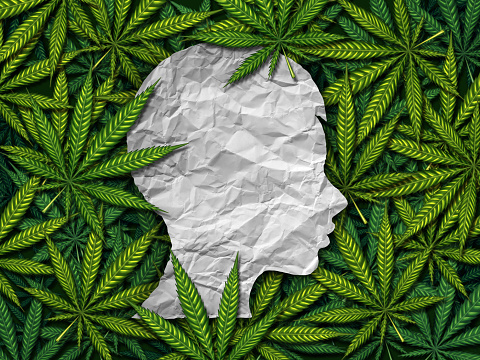 Marijuana use has seen a gradual acceptance by the general public in the last couple of decades as it has proven to have some beneficial medical properties. But it is it still regarded by many as being a harmful drug that can have negative side effects on users, especially in the very young.

For the most part, marijuana use has been considered safe for adults. But, its use during adolescence has been linked to the development of psychiatric disease later in life, such as schizophrenia.

Scientists did not understand why marijuana has had this effect on developing brains. That is, until now.

New research out of the University of Western Ontario, Canada, has discovered not only a possible reason why young adults should stay away from the drug, but also a way to reverse it.

“What is important about this study is that not only have we identified a specific mechanism in the prefrontal cortex for some of the mental health risks associated with adolescent marijuana use, but we have also identified a mechanism to reverse those risks,” said Steven Laviolette, an associate professor at Western’s Schulich School of Medicine & Dentistry who led the study.

The effect of chemicals on the brain

The study in question looked at how tetrahydrocannabinol (THC), which is the active ingredient in marijuana, affects a neurotransmitter called GABA found in the prefrontal cortex region of the brain. GABA (gamma-aminobutyric acid) works to reduce neuronal excitability throughout the nervous system and has ties to the development of schizophrenia.

Delusions: Beliefs that are not based in reality. Examples include thoughts of being harmed or that a major catastrophe is about to occur, or believing that certain gestures and comments are directed at them when they are not.

Hallucinations: Involve seeing or hearing things that do not exist but believing that they are real. Hearing voices is the most common hallucination.


Disorganized speech: This may make communication difficult as speech is often meaningless and can’t be understood.

Extreme disorganization: May involve childlike, silly, and unpredictable behavior. Behavior is often unfocused with the inability to perform tasks. This may lead to resisting instructions, inappropriate or bizarre posture, or even a complete lack of response.

Negative attitude: This may present as a lack of interest, social withdrawal, an inability to experience pleasure, and bad personal hygiene.

Reversing the cause of THC-induced schizophrenia

The researchers found that THC exposure led to the reduction of GABA in adolescents, which led to hyperactivity in adulthood. This was shown via out of sync oscillations known as “gamma waves.” As a result, the brain’s dopamine system becomes hyperactive, which is common in schizophrenia patients.

However, using schizophrenic rat models, the researchers were able to successfully use drugs that activate GABA. These drugs reversed the neuronal and behavioral effects of THC, effectively eliminating schizophrenia-like symptoms.

Since Canada will be legalizing marijuana for recreational use in 2018, the researchers foresee a potential increase in exposure of the drug in the adolescent population. While this may be an unavoidable circumstance, finding a way to reverse the negative symptoms of THC on young brains is something they believe is vitally important.