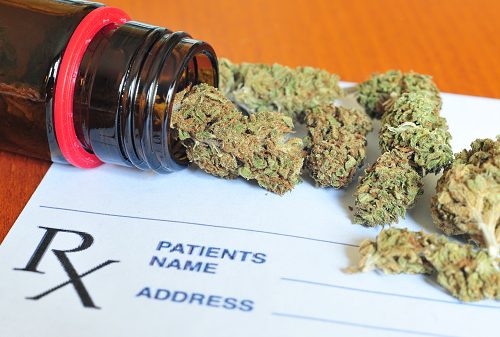 Medical marijuana is growing in popularity so much that the states where the use is legalized have seen a decline in pain medication prescriptions. Researchers found that in cases where medical marijuana can address a particular ailment, medications that do the same are less prescribed.

On the other hand, there has not been a decline in medication prescriptions for ailments that cannot be treated with medical marijuana.

Senior researcher W. David Bradford said, “There was a substantial shift away from the use of [U.S. Food and Drug Administration]-approved drugs when states turned their medical marijuana laws on.”

Medical marijuana is often used to treat pain, leading to a large decrease in the use of prescription painkillers. For this reason, medical marijuana may contribute to a decline in the deaths resulting from the overdose of drugs such as opiates, morphine, and codeine. “If you never start using an opiate, then you’re not put on the path to opiate misuse, opiate abuse, and death,” Bradford explained.
The researchers compared states that have legalized medical marijuana to states that have not, and looked at specific ailments medical marijuana can treat including anxiety, depression, glaucoma, nausea, pain, psychosis, seizures, sleep disorders, and spasticity.

Dr. David Katz, director of the Yale University Prevention Research Center in New Haven, said “[marijuana is] not a dangerous drug, in the grand scheme of things” and that the FDA may consider approving it as a replacement for medications that lead to side effects.

“What we want in medicine is to use the right thing for the right patient at the right time — something that relieves a disease, does it more effectively than anything else, and does it with a high margin of safety. This research indicates that marijuana is populating exactly such a niche,” explained Katz.

In order for medical marijuana to get approved by the FDA, the organization must access and evaluate its effectiveness and safety. Further research is then required in order to assist the FDA in the approval process.