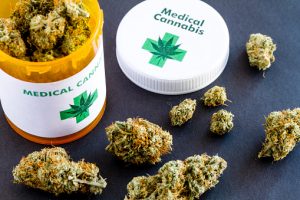 Marijuana has potential for Alzheimer’s disease prevention, and these findings add to the growing body of research on cannabis-based drugs. The findings come from researchers at the Salk Institute who uncovered the preliminary evidence that tetrahydrocannabinol (THC) and other compounds found in marijuana can promote the cellular removal of amyloid beta (a protein associated with Alzheimer’s). The study was conducted on neurons grown in a lab setting, but the results can still offer useful insight on the role of inflammation in Alzheimer’s disease, possibly paving a new pathway for Alzheimer’s disease therapeutics.

Senior author of the paper David Schubert explained, “Although other studies have offered evidence that cannabinoids might be neuroprotective against the symptoms of Alzheimer’s, we believe our study is the first to demonstrate that cannabinoids affect both inflammation and amyloid beta accumulation in nerve cells.”

It is well known that the buildup of amyloid beta proteins is a staple in Alzheimer’s disease. Amyloid beta is a major component of plaque deposits, but the precise role of these proteins in the development of the disease is unclear.

First author Antonio Currais added, “Inflammation within the brain is a major component of the damage associated with Alzheimer’s disease, but it has always been assumed that this response was coming from immune-like cells in the brain, not the nerve cells themselves. When we were able to identify the molecular basis of the inflammatory response to amyloid beta, it became clear that THC-like compounds that the nerve cells make themselves may be involved in protecting the cells from dying.”

Nerve cell receptors can be switched on by endocannabinoids, a class of lipid molecules made by the body used for intercellular signaling in the brain. The psychoactive effects of THC can activate the same receptors. Physical activity results in the production of endocannabinoids, and some studies have shown that exercise may slow the progression of Alzheimer’s disease.

Clinical trials are necessary to retest the findings, as the initial research was conducted in a lab setting on neurons grown in the laboratory.

The FDA has recognized that there is a strong need for improved treatments for Alzheimer’s disease. The Agency experts are also aware that many patients are turning to marijuana as a treatment option. There is a growing interest in the use of marijuana to treat medical conditions, and many states are lifting bans on medical marijuana.

So far, the FDA has not approved marijuana as a safe and effective medical treatment, but they have approved drugs containing synthetic forms of marijuana compounds.

To get a green light for testing a drug that has not been approved by the FDA on humans, investigators submit an investigational new drug application, which the FDA reviews. This application includes protocols describing proposed studies, the qualifications of the investigators who will conduct the clinical studies, and assurances of informed consent and protection of the rights, safety, and welfare of the human subjects. The FDA then reviews this information and verifies that there are adequate assurances of informed consent and human subject protection.

Is marijuana safe for medical use? 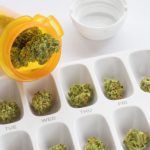 Although there has been an increase in the use of medical marijuana, it has not been formally approved by the FDA yet, so whether medicinal use of marijuana is truly safe is still unclear. To approve marijuana for medical use, the FDA needs to review clinical trials and assess safety and effectiveness of marijuana use in medical situations.

Because of the continuous interest in the use of marijuana for medicinal purposes, the FDA will continue to work with organizations and patients to ensure that safe, effective, quality products become available.