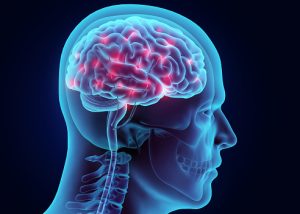 Anyone who has ever been to a magician’s show has had a moment where they wonder if what they’re seeing is real. Many times, what is truly occurring is simply an optical illusion. While sometimes found in nature, optical illusions are more often the domain of slight-of-hand or “sorcery” experts, used to amaze crowds and earn applause. How, then, would scientists be able to use these same tricks in any meaningful way?

Scientists at the University of Delaware have developed a new version of the “mirror box” illusion to help them map how the brain processes sensory data that allows us to perceive our bodies and our external environment. Their new illusion uses proprioception, which is our so-called “sixth sense” that allows our bodies to determine where they are in space (e.g. how you know where your nose and ears are even with your eyes closed).

The new mirror illusion goes like this. You place your hands on either side of a table, with one placed over a mirror that sits face up on the table. Place your hands facing opposite directions, one palm up and the other palm down. After opening and closing both of your hands in synchronicity, you will feel a sensation as though one of your hands has flipped itself over even though it has not moved.


Your brain chooses which information is relayed

The purpose of the study was to determine how the brain will function when it receives conflicting information. In the case of the illusion, your brain receives the image from the mirror that your hand is positioned opposite of what it really is. So, there is a conflict between vision and proprioception.

Through optimal integration, your brain analyzes the sensory information around it and then relays the most sensical of it, which is why the hand-flipping sensation occurred in every participant. Your eyes are telling you that your hand is in the right position, but proprioception is telling you that it isn’t, so your brain sorts through the information and expresses the most reliable information it can. This is because vision is a much more precise sense than proprioception.

The researchers are continuing their study by using functional magnetic resonance imaging (fMRI) “to further uncover how the brain calculates and integrates the vast inputs it receives from all the senses.” The tool allows the scientists to see which areas of the brain are in use when participants are performing different tasks. This research could eventually lead to new treatments for those who have suffered from brain injuries or even the loss of a limb.